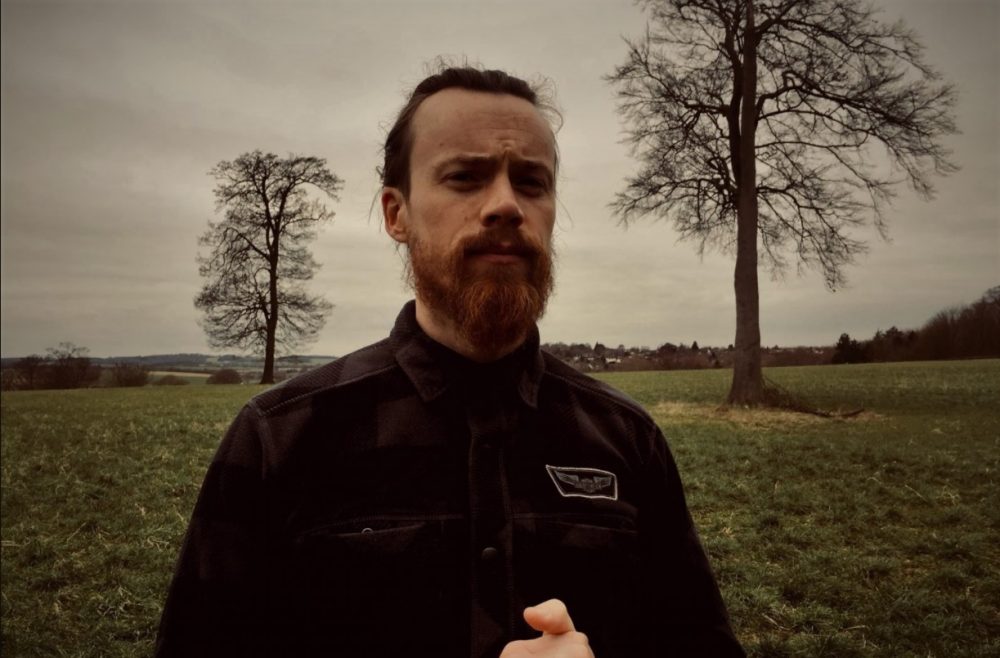 Hello Scott! What’s your new EP ‘Goodbye Country, Goodbye Home’ all about? Are there any themes running throughout it?

The EP is about two things really: 1. Brexit; 2. (for those who are sick of hearing about Brexit) It’s about 5 different well known films. I really struggled with the title of the EP. It was important to me that it didn’t convey too much about my own political leanings, or how I voted, but at the same time I did want to make a statement about the impact this issue has had on the UK and it’s Sociological identity. Other than this, the EP is about the following films: ‘Bladerunner’ (the original); the French film, ‘Irreversible’; ‘Mad Max (Fury Road)’, I was surprised by the film: thought it would have been awful, but it’s a lot of fun!; ‘500 Days of Summer’; ‘There Will Be Blood’.

You’ve been compared to the likes of The National and Mark Lanegan, but who would you say are your main musical influences?

In terms of being a singer/lyricist, there are two people who I’m massively influenced by: Maynard James Keenan (from the band Tool, A Perfect Circle, Puscifer), and (perhaps unexpectedly), Till Lindeman (from the band Rammstein – I think he’s a genius when it comes to writing lyrics, and the way in which he delivers his melodies). As a guitarist, I draw influence from The Smashing Pumpkins and Radiohead. As a musician I’m really inspired by people like Nick Cave, Tom Waits, PJ Harvey, Bjork, and 16 Horsepower.

You have recently made the switch from playing in a band to going solo, what prompted this decision?

Going solo back in 2016 was a big decision for me. Being in a band is great for loads of reasons, but at the same time (in my experience) you have to compromise on the sound you want to get, and therefore I felt that I’d never really had the freedom I wanted to experiment and cultivate my ‘sound’. I feel there’s so much more freedom as a solo artist. I can jump from having a song which channels a dirty distortion sound to a track that’s really fragile and pure, and then decide to introduce a track which is led by a programmed beat, without worrying about other people in the band claiming “this isn’t us” – I want to experiment and push boundaries without getting hung up on a fruitless analysis of what is or isn’t ‘me’. Music is a celebration of experimentation and freedom. Hopefully this mindset comes across in what I’m doing.

And what can fans expect from your live shows?

Something slightly different to what you’ll hear on my recordings. If I’m performing on my own, then my sound is really stark – it’s important to me, that when I’m performing with just my voice and guitar people are able to hear the song in its naked format and connect with the honesty of it. If I’m with my full live band then naturally the sound is a lot heavier and full-on. I think it’s important to offer people something different when they come to see you live. If they wanted an exact replication of what’s on your CD (or what they’ve heard online) then they could just do this from the comfort of their own home. If I go and see live music I want to connect with raw energy.

Playing lots of shows, some festival slots and best of all, releasing my debut EP as a solo artist in May.

Yes, quite a few. If you go to my website www.scottswainmusic.com then you’ll see a list of all my live dates. The next big one, which will also feature my live band – The Sinners – is on the 3rd August at 93 Feet East, (Brick Lane), London. I think we’re headlining that show!