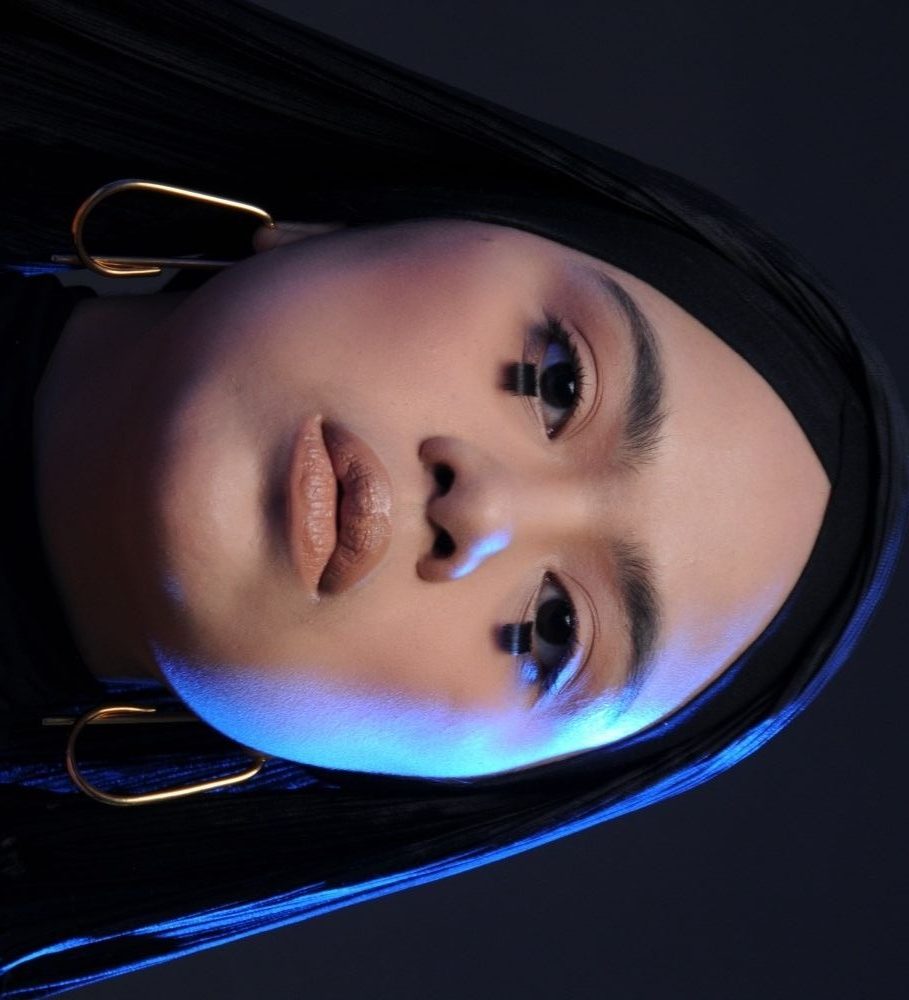 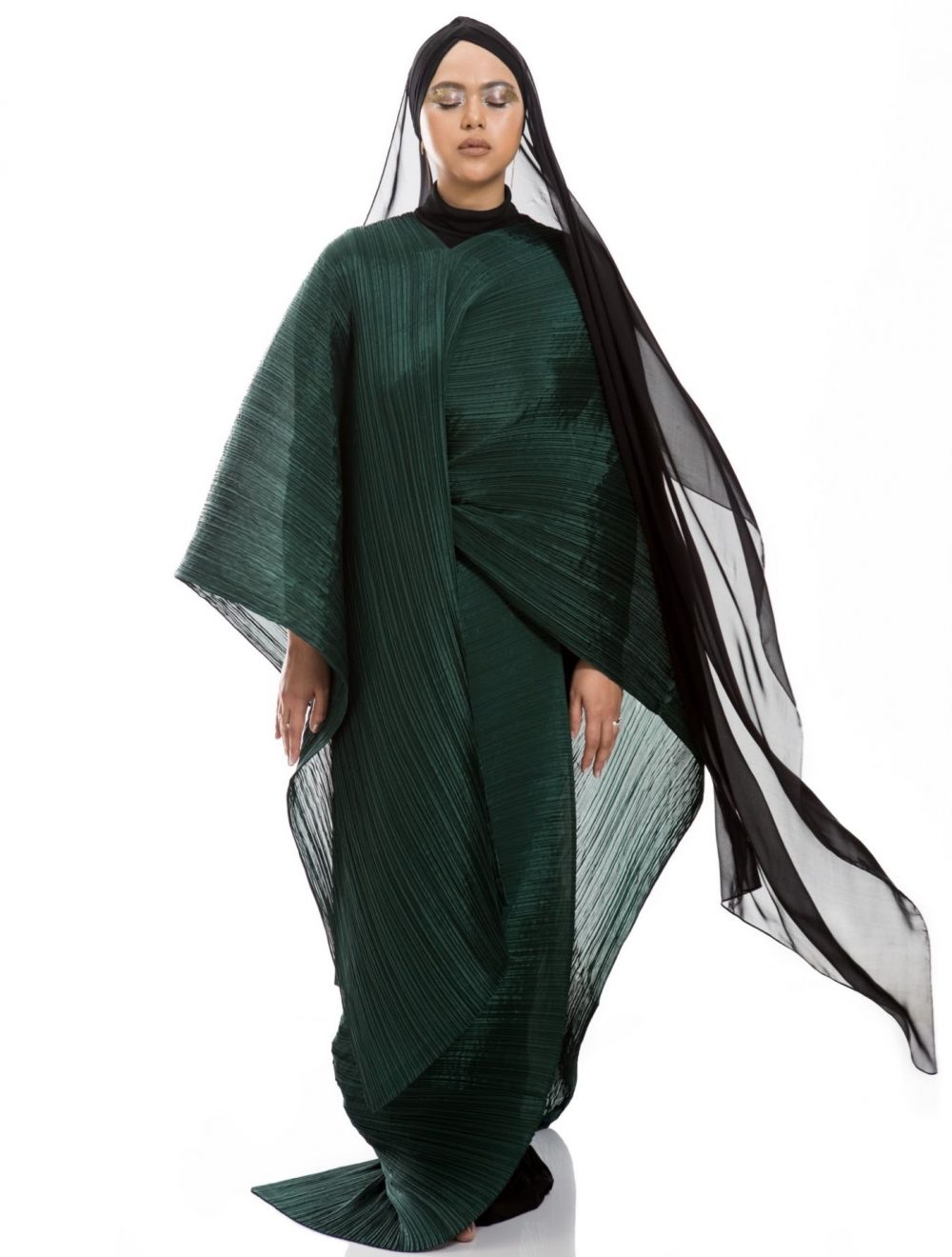 Listening to Kuala Lumpur-based Soul singer NJWA (born: Najwa Mahiaddin) feels like you’re being transported to some other place and time, one that is somehow more innocent than this one. I’m tempted to say that the emotional space that her music explores reminds me of very early American Soul, or even the big-band crooners that proceeded it. Which is funny, because musically and production wise, her latest EP (simply titled NJWA) is up there with the Daniel Caesars, SZAs and Moses Sumneys of the world. But it’s just a feeling that I get when I’m there with her, and I can’t shake it.

NJWA has been around for a minute. She debuted with Innocent Soul, a more traditional Soul and R&B full-length, which earned her her first AIM award (the Malaysian equivalent of a Grammy). Ever since, she’s been nominated twice! She’s quite a big deal in S/E Asia. We spotted her in 2016, when she was chosen to represent Malaysia at the SoundLab Asia Pacific, which brought together some of the biggest names in Electronica, from the region and Germany (CEE, Fook, Darren Ashley, Vandetta, Dizz1, Similar Objects, Born in Flamez etc.). As we’re always on the look out for fresh sound from this particular camp, it was great to finally receive this EP.

This new batch of music – three songs in total – sounds like a beginning to a new chapter. Technically, this is still R&B, but on the one hand it’s much more future-oriented than any of NJWAs earlier work and, at the same time, the infusions of local musical traditions found on it (Malay, Chinese, Indian) connect it to a very rich musical past. The EP opens with In the Name of Love, a song that was recorded in the middle of the Malaysian jungle, at a magical place called The Dusun. The piece is a result of a session held with Shakey.Shakey and Bass music purveyor and dubologist, the man they call Cee (it was produced by Cee, additional production NJWA). This is by far the most textured song on the release – you can even hear the jungle throbbing away in the background – and the one that reaches into a version of a future that has been proposed by Berlin minimalist, Electronica producers such as Phon.o or Rhythm and Sound. But it’s warmer, Malay-inflected and totally unashamed of its R&B roots. Togok picks up with a gamelan driven traditional ballad, which was re-written, updated and produced by MonoloQue (with additional production from Encik Farid). Apparently, the Malaysian gamelan (traditional bronze percussion instrument) that was used here is the oldest one in Malaysia! This is by far the most “ethnic” sounding song on this release, and its beauty lies specifically in its contextual idiosyncrasy. The EP closes with a lush ballad called Ocean, produced and arranged by NJWA’s husband and her band’s Musical Director, Shakey.Shakey. Listening to it literally feels soothing, even healing, maybe? The instrumentation is a waterfall of sound that washes over you, with NJWA’s voice an interjecting soft, clear, pure, liquid. 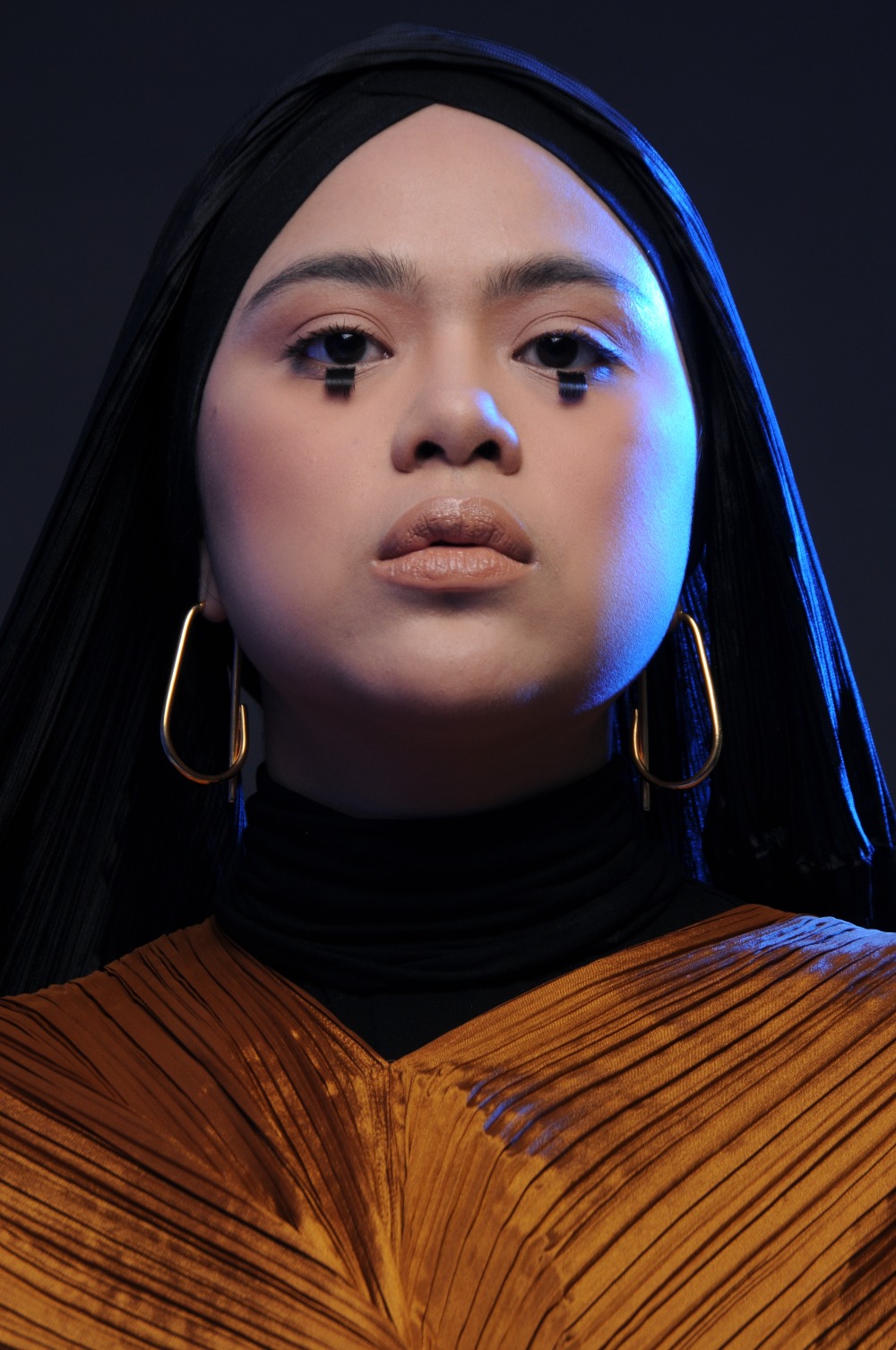 Because this release done hit the spot, we reached out to NJWA to find out a but more. You will find a transcript of our conversation below. BTW. the EP is dropping this Friday, meaning tomorrow!

Is this mixture of American R&B with all these local musical styles a sound that is prevalent in Malaysia right now? In other words, are other artists also exploring these type of fusions?

I can say I’m not the only one exploring the fusion of local musical styles with Western and contemporary music. I’ve heard Rock, Electronic and Hip Hop. The fusion of traditional music with R&B specifically, I don’t think I’ve heard anybody else doing it yet.

In the past we had the chance to cover other artists from Malaysia – Cee and Darren Ashley of Bass Sekolah, some of the artists from SoundLab Asia Pacific and The Dusun Sessions – and it appeared as if Electronica and Soul were really happening there. Is that the case still?

There’s definitely something here. Most of it are underrated talents, though. I’m always discovering new local talents and it just blows my mind that these are hidden gems that most people don’t know about. I’m like “where have you been?!”. It’s great though. I wish there was a bigger platform for artists like us.

Malaysia is a very rich culture – it’s multiethnic, with a variety of peoples, languages and religions – how does that reflect in the music? Is there something of a mainstream lane, one that reaches everyone across the board, or is everyone in their own tunnel, based on language, class, ethnicity and their musical roots?

The mainstream lane is pretty much Malay-centric. Our national language is Malay, or Bahasa Malaysia, so naturally radios and mainstream media cover music in that language more than English or other languages spoken here. However, with English being regarded as a second language and being taught in every school, almost all Malaysians speak English, which also encourages artistes to create and write songs in English. Occasionally these different cultures intertwine in our music or presentation, but mostly everyone’s in their own tunnel. Our main industry awards have been divided into 3 sections, one for each language. Ideally, we shouldn’t have to segregate them because music is music, and this is Malaysia, but that’s the reality. 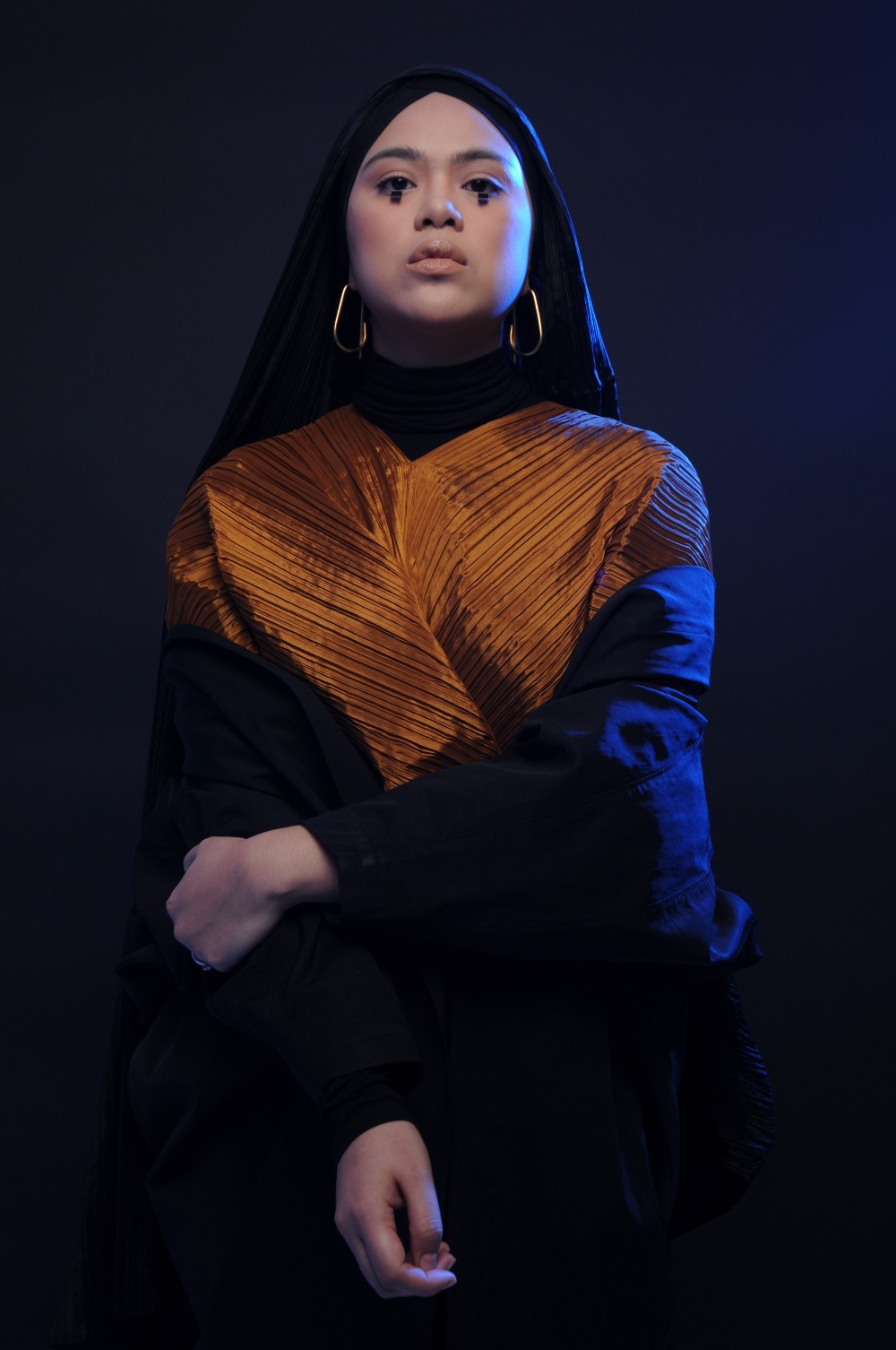 What about the underground?

It’s a whole other thing. The real Malaysia is in the underground, I feel. The underground is vibrant, it’s experimental. Collaborations between different cultures happen more often. There are no boundaries and I love it. Everyone gets an equal chance to be heard regardless of race, colour and religion.

Why R&B and Electronica? With your vocal skills, you could’ve technically and quite literally gone for just about any style.

I grew up listening to Destiny’s Child, and then later on I discovered artists like Erykah Badu, Jill Scott and James Blake. It just seemed so natural that I would go in this direction given my musical influences.

I know that you’re just about to release your new EP and you probably want to celebrate it for a bit – but do you know already where you want to take this sound next? Are you going to go deeper with the fusion aspect of it, the way you have on Togok, or can we expect more Future R&B jams like on Ocean?

I’m already working on new music as we speak. I think the process of producing this EP has got me more excited about exploring the fusion aspect of it. I feel like that represents where I am right now as an artist. I want to push boundaries with my music. I recently started a weekly session with my brother, who’s a dj-producer, who goes by the name of Moslem Priest. His style is more Rhythm and Grime, so I’m excited to see what kind of music we’re going to make.

The visual world around your music is very stunning. It’s also very original and, off the top, I can’t think of anyone right now that combines so many elements: high fashion, street, the avant-garde and traditional Muslim signifiers. What’s going on here?

I think it’s generally just a mix of everything that I love, coupled with my muslim identity. I’m a modern, Muslim woman, who wears the headscarf, who happens to love avant-garde fashion. I’m constantly finding ways to experiment with fashion that I like, without compromising my Muslim identity.

Who were some of the talented people that helped you to realise your vision? I’m assuming that you have an army of graphic designers, stylists, photographers and filmmakers – is that right?

The people that I’ve been blessed to work with, especially on this EP, are all so amazing, and I’m so proud that they are all local talents. Muntasir Mohamed helped design my logo and merch. Zulamran Hilmi worked on my EP artwork. I’ve worked with amazing photographers like Pitt Ab Rahaman, Bibo Aswan and TTFGA, and Lueymotion Lab and Omar Ibrahim for videos. I generally style myself, but I’ve also collaborated with Haida Yusof and my brother.

In closing, can you put us on to some local artists, designers, producers who we absolutely need to keep an eye on in 2018?