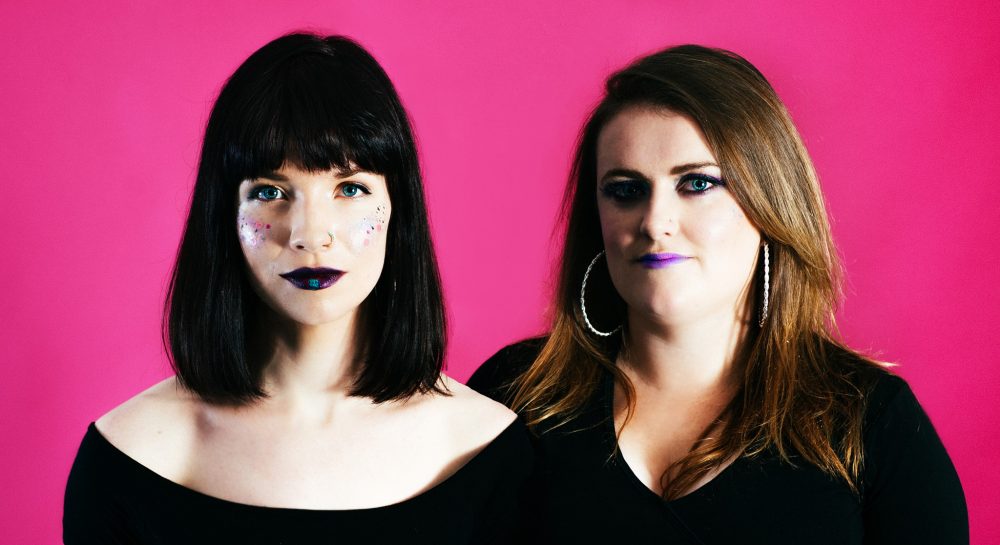 Hi Hvmmingbyrd! Please introduce yourselves to our readers:

Hi Fame! Thanks for having us. We are Deborah Byrne and Suzette Das, a pair of singers/songwriters/producers from Dublin, Ireland. We blend electronic sounds with intense layered vocal harmonies and have been making music together since early 2016.

What’s your new single ‘Papillon’ all about?

This song is about the darker side of the creative life inspired by our own experiences. Creating music can be incredibly joyous and life-giving and the song begins by describing stitching something beautiful together, releasing it, and watching as it takes on a life of its own. But the creator is conflicted by how obsessed she is to create: in the end she has made something beautiful but is left completely spent from the effort. It taps into our own experience of burnout last year, but the recording and releasing the track has been a real point of catharsis which we are thankful for.

How did you two meet?

Deborah had performed both as a solo singer/songwriter and with a folk band prior to the duo forming. Suzette studied music in university and performed in choirs and jazz bands. Deborah met Suzette through mutual friends in Dublin in early 2016. Suzette had been posting loop original and covers on Youtube and Deborah thought it could be an interesting collaboration and asked Suzette if she wanted to work together.

You’ve been compared to the likes of Zero 7 and Maggie Rogers, would you say they’re fair comparisons?

Well, we really enjoy both artists so it would make sense that they have influenced our music, even in unconscious ways! The dreamy, mellow electronica of Zero 7 and the blend of acoustic and electronic sounds in Maggie Rogers music both inspire us.

Lorde or Sigrid for their songwriting and also to hang out with because they seem really smart and fun. Bon Iver or Sufjan Stevens would also be a dream to co-produce with.

What’s the music scene like in Ireland at the moment? Any recommendations?

Both of us live in or close to Dublin city centre so we’re pretty spoiled for choice. There are quality gigs happening every night if you have the time or energy to go! It’s been a real joy for us getting stuck into the Dublin music community. We learn something new every time we go to see our peers perform! Some of our Irish favourites include agrosoul four piece Barq, RnB trio Wyvern Lingo or singer-songwriter Sinead White.

We took a break from gigging while working on our live show but we are back in action this summer with some festival dates this summer that are yet to be announced, and a summer tour in Ireland in July.

We are already working on our next single which we hope to release in June, another single in the autumn and some live dates outside of Ireland, including in the UK!

Our music is on all the usual outlets including Spotify, iTunes, Youtube, Soundcloud, Bandcamp and more. If you want to hear more about our day to day activities, you can check out our Instagram, Facebook and Twitter pages – do say hi!