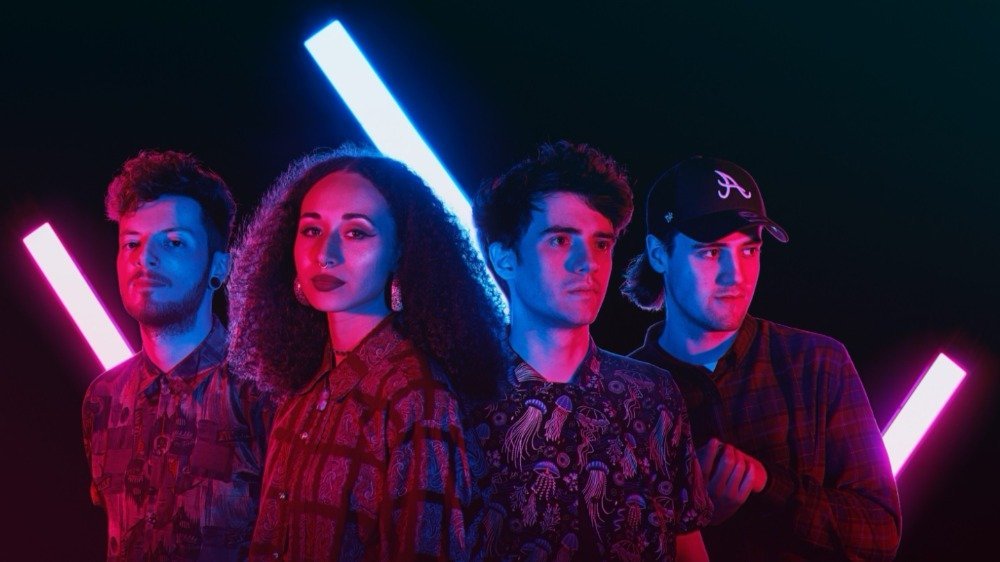 Hi Hoshino how are you today?

I think because we all started playing at such a young age it was almost instinct. We’re all just part of that naturally, as a group of creatives I guess!

Elloise and Charlie are both very talented visual artists so for them its not just music but art as well. Matt is a fantastic producer as well as a great bassist and I’ve (Adam) always been more of a live performer before being a songwriter; initially on the drums, then later guitar.

I guess its all down to what makes us tick, you know?

Tell us about your single ‘Stars (in The Night Sky)’.

Its definitely a perfect example of “our sound” and the way we write. It has Matt’s signature synth lines, Elly’s sweet harmonies, Charlie’s solid beats and my big open guitar parts drenched in chorus…..pretty standard procedure for us really!

There’s some new elements in there for sure, the main one being we’ve simplified our writing. It starts with a chorus that pretty much repeats the title lyrics over and over and I’m (Adam) rapping a lot lately….you’ll hear some more of that later in the year or at a live show!

So we wrote ‘Stars’ along with 3 or 4 other tracks last year. We’d definitely gelled with Charlie more for these tracks and his drumming really inspired a lot of the new music coming from myself and Matt. We really write some great stuff when we’ve already got a nice groove to work on top of! El was at the top of her game as well….she focused on lyrical hooks and started writing songs from start to finish by herself.

What are the themes contained within the lyrics of the song?

We’d say its quite obvious, or maybe not? haha……interpret them in ya own way!

For sure! Charlie and I grew up going to The Square in Harlow Essex – such an incredible musical community. As kids we definitely looked up to bands playing these types of venues before we started playing in bands ourselves.

Are there any bands from your local scene you would recommend to our listeners?

Amethysts, Sykoya, Tyne, Breakers….”local” is a tricky one for us as we’re from all over the place but these are some guys we’ve played with many times and have become great friends with, check em out!

As a guitarist I’d pick Led Zeppelin in the 70s, who wouldn’t wanna play with John Bonham?!

I imagine Matt would definitely see himself in room full of vintage synths with Daft Punk haha.

What can we expect from Hoshino throughout the rest of 2018?

More new music, we have an EP on the way, more gigs, and definitely more shows outside of London!