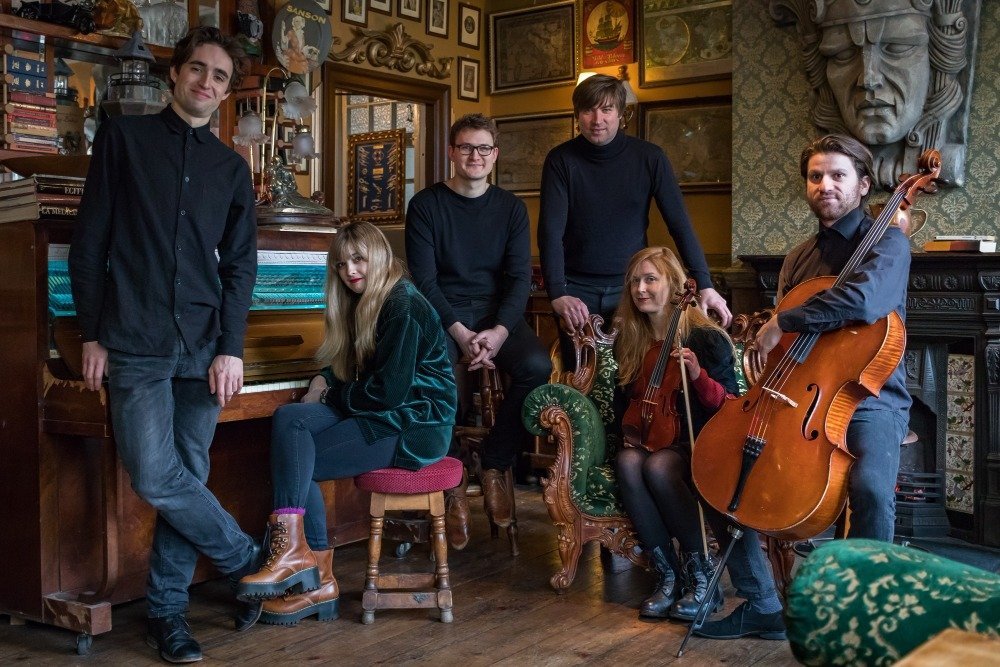 London’s rock orchestra The 286, present their uniquely engaging fusion of rock & roll and classical vibes, with new single ‘Time Immemorial’, out on 19th March. The band started out “when front-man Spencer Hannabuss posted an advert on the internet for classical musicians to join his band…”

Hi The 286! please introduce yourselves to our readers!

We’re probably best described as a rock & roll orchestra, with a line up of cellos, a violin, guitars and drums.

How did you all initially get together and start making music?

I’ve always played in rock bands, but when my last band broke up I made a decision to try something different. I had a new song that I originally was gonna bring into the old group, but instead demoed it on my open and overdubbed several cello parts onto my original guitar/vocals recording. It sounded really good – even with my bad cello playing! I’ve got no classical music background so I knew I needed so ‘real’ players in the group to make this band real, so I put an advert out online for other musicians – and here we are!

What’s your new single ‘Time Immemorial’ all about?

‘Time Immemorial’ is purely love song, something that we don’t actually do that often. It is a bit of a departure from our usual sound. We’ve stripped the production back, and gone for a more intimate feel. We really like it!

Who would you say are you main musical influences?

Individually we have so many different influences, but I guess the main influence we all share is The Beatles and a lot of 70s artists.

What’s your local music scene like? Do you go to lots of gigs?

It’s not bad. We are based in London, where there are pleny of live venues, although they are closing one by one, just like they are all over the UK. Rather than the usual London unsigned venues we prefer to play venues that with free entry to ensure that our music is accessible to as many people as possible.

And what can fans expect from one of your live shows?

Something a bit different hopefully. Our strings are the focus of our set, both musically and visually and I think it sets us apart from most groups. Fans can expect original songs which sounds like a collaboration between The Beatles and Beethoven – and maybe even a specially adapted piece of classical music once every so often. Classical music isn’t stuffy the way we play it!

Who could turn down a session with Elvis?!

We hope to have released more material over the next 12 month. It’s an exciting time for the band, hopefully you’ll hear more from us throughout the year.