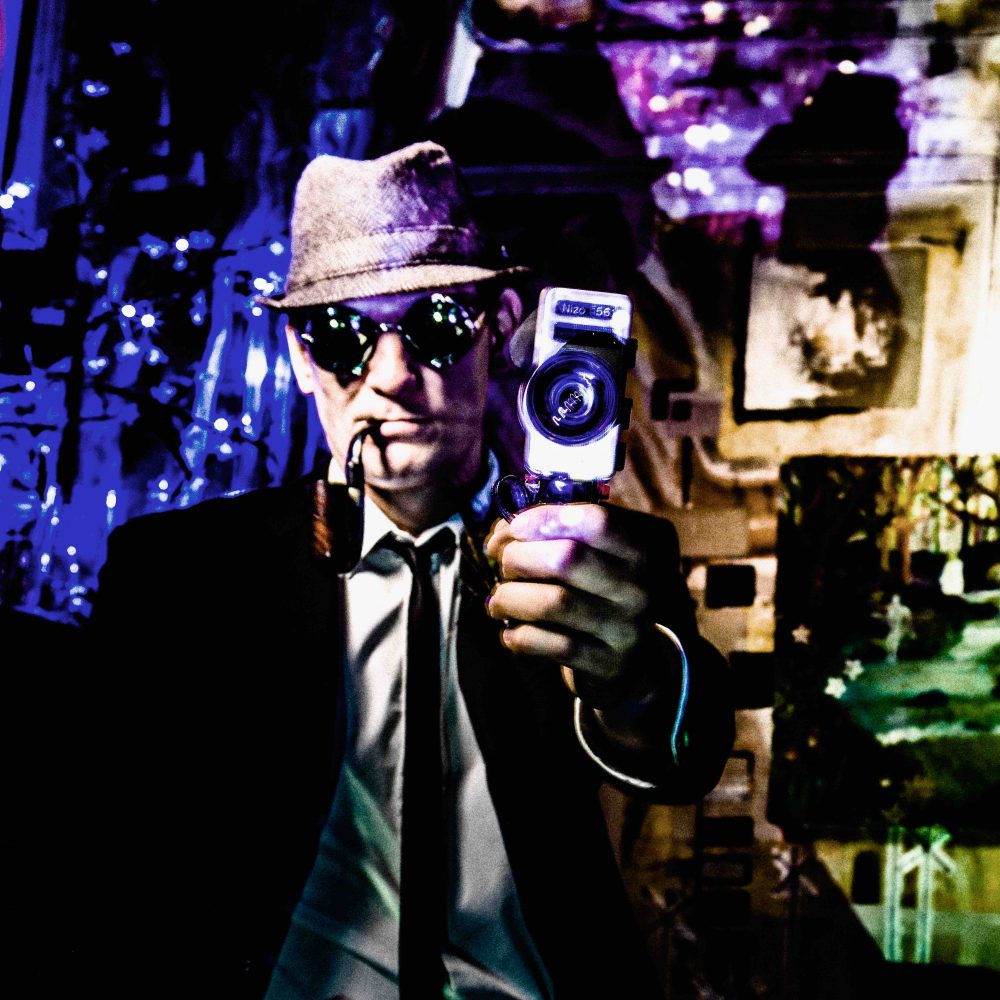 Having battled a severe arm injury, as well as depression and a cancer scare, classically trained Callum Peterkin and his band Tryptamines have just released a rather epic, 7-track concept album. And when I say epic, that is no exaggeration. With a continuing narrative flowing throughout, ‘The Way Which Can Be Named Is Not The Nameless Way’, challenges listeners to think outside the box, and not to accept the corrupt media we’re fed on a daily basis.

Peterkin’s love of classical music is evident thoughout; album opener ‘More Unforgotten Friends’, for example, relies on twinkling piano melodies alone to create its sweeping majestic grandeur. ‘A Landslide O Tiny Robots’ also flows with the sound of smooth tapped keys, but with the addition of impending beats, is an immensely powerful creation that exudes a captivating, eerie energy.

‘And So On And So On And So On’ continues the dark sense of warning permeating the collection. Filled with effervescent, haunting hooks interwoven with glitchy beats and hazy echoes, it’s reminiscent of the more conceptual side of Radiohead, or even the dreamy offerings of early Sigur Ros.

As discordant sounds whirr against impassioned, intricate melodies, ‘Euphoric Agitation’ is just that – its oxymoronic name quite fitting. Flitting between a psychedelic, euphoric haze and clashing, somewhat uncomfortable fusions, Peterkin manages to create a deep sense of unease before reassuring listeners with the cathartic beauty of his piano playing. One can only assume this juxtaposition of contrasting sounds is intended to reflect the corrupt and complex nature of society.

After the otherworldly cacophony and racing beats of ‘Metropolis’, Peterkin graces us with his one and only love song. Showcasing his immense songwriting ability, ‘This Is My Feelings’ manages to capture a poignant emotion in its sweeping, anthemic power. As an impassioned deep drawl flows atop repeated bass lines and gentle melodies, it’s perhaps a somewhat more ‘conventional’ pop song than the rest of the album, but no less incredible in its emotive power.

Ending the collection with the beguiling intensity of ‘Why Are There People Like Frank’, Tryptamines have created a avant garde masterpiece that’ll stir emotions you didn’t know you had with its affecting and musically rich poignancy.