Actor, director, screenwriter & musician Tim Robbins is set to embark on his first ever European tour including a date at The Limelight on September 27th. He will tour with The Rogue Gallery Band. Tim Robbins is best known for his roles played in The Shawshank Redemption, Mystic River and Bull Durham. 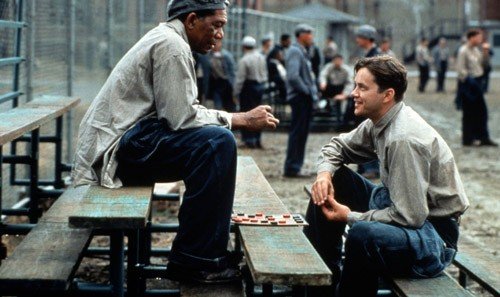 He has won many awards for his work in film including an Oscar for directing Dead Man Walking as well as an Oscar and Academy Award for Best Supporting Actor for Mystic River.

After sending a rough cut of the film to a selection of songwriters who had inspired him over the years, Robbins co-produced the filmâ€™s lauded soundtrack for Sony.

Releasing your first album at the age of 51 is a curious thing to do when youâ€™re already a global, Oscar winning star known for your work both on the screen, behind it as a director of film, and theatre but not as a musician.

The Rogues Gallery is made up of a host of world class musicians. Featuring on the album are Kate St. John, Leo Abrahams, David Coulter, Roger Eno, Rory McFarlane, Andrew Newmark and Dudley Phillips.

Tim Robbins has joined forces with his friend, the legendary producer Hal Willner for the release of his debut album on September 27th.

Before recording his first album Robbins wanted to â€œunderstand what my voice was and what kind of stories I wanted to tell. I think Iâ€™m ready to tell those stories now.â€

â€˜Tim Robbins & the Rogues Gallery Bandâ€™ is a nine track collection of raggle taggle and rousing gypsy Americana, where each song is a story, every one told with passion and raw emotional honesty.

â€œI was thinking of actually calling it the midlife crisis album, but then I thought maybe notâ€¦â€ Tim Robbins

Get a free track here: www.timrobbins.net/

Keep an eye out for this exceptional release on September 27th.

Tim Robbins will play to The Limelight, Belfast on Monday 27th September 2010 during a UK tour.

Tickets are priced Â£17.50 and are available at Ticketmaster, Katy Dalyâ€™s bar and www.cdcleisure.com