The spotlight falls very brightly on Belfastâ€™s thriving and creative music scene next month.Â More than 100 gigs, featuring the very best in local talent, will be staged at some 30 venues across the city as part of the first ever Belfast Music Week, which runs from September 12-19.

Organised by Belfast City Council – with support from the European Regional Development Fund, through the Northern Ireland Sustainable Competitiveness Programme – Belfast Music Week will showcase both new and existing bands, songwriters and DJs, across all musical genres.

The week will culminate with the free â€˜MTV Presentsâ€¦â€™ concert, featuring Mark Ronson, at the Belfast Waterfront on Sunday, September 19. 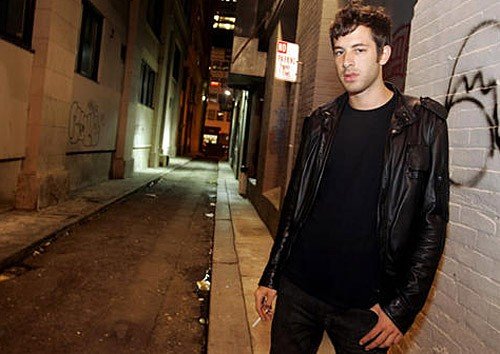 MTV will also be broadcasting their flagship â€˜MTV Newsâ€™ programme from the city throughout the week.

Councillor Conor Maskey, chairman of Belfast City Councilâ€™s Development Committee, said: â€œBelfast is one of the great musical cities. Its music receives high international praise and our latest generation of musicians is playing a crucial role in revitalising the city.

â€œThis is an art form that is defining the new mood of Belfast, and Belfast Music Week will profile Belfastâ€™s reputation as the birthplace of exceptional music.â€

Councillor Maskeyâ€™s comments were supported by local music guru, Stuart Bailie. He said: “It’s great to see how everyone has responded to the possibilities of Belfast Music Week.

The venues, the bands and the industry people have come behind this quickly and enthusiastically.â€

â€œIt’s a chance to show how our city is alive with music and that we’re looking forward to sharing it with locals and visitors alike,” added the broadcaster, journalist and CEO of the Oh Yeah music centre.

David Neely, of CDC Leisure, said that Belfast Music Week could not be happening at a better time, especially in relation to the creative renaissance which the city is enjoying.

â€œNot since the days of the Undertones, That Petrol Emotion and Stiff Little Fingers has the Northern Ireland music scene been so vibrant and exciting,â€ he commented.

â€œWith the likes of Ash, Therapy? and Snow Patrol blazing a trail, todayâ€™s new pretenders to the throne – General Fiasco, Two Door Cinema Club, The Answer and And So I Watch You From Afar, to name but a few – make the live music scene something the â€˜northâ€™ can shout about.

Andrew Ferris, managing director of Smalltown America Records, added:â€œIâ€™ve been in the business for 20 years now and, to be honest, I think this is the best time for the local music scene. The bands are producing commercially viable music, but with a punk spirit.

Theyâ€™re not holding back, theyâ€™re not waiting for someone to come along with a cheque, theyâ€™re just going for it themselves, and that combination of talent and passion is getting them noticed.â€

For more information on Belfast Music Week and for a full listing of gigs visit www.belfastcity.gov.uk/musicweek Info is also available at www.belfastmusic.org or you can download the free Belfast Music iPhone app.