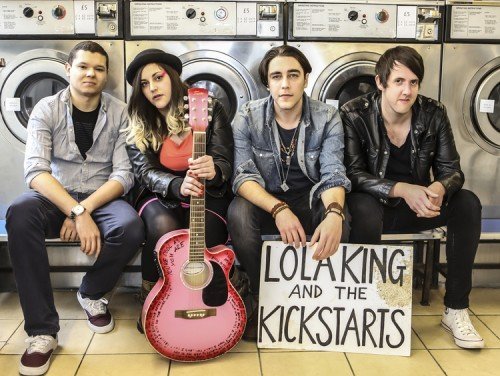 London based indie/pop band Lola King and the Kickstarts are back with “The Great Divide/I Don’t Care If You Say I’m Going Nowhere” (out now).

The band are built around the songwriting partnership of Lola King and her brother Dan, the lineup is completed by Chris Curtis (bass) and Shaun Lee (drums).

The first thing that strikes me is the richness of lead singer Lola’s voice – the girl has a very rich mellow tone that combined with the cockney accent works really well. The highest compliment I can pay Lola is that she reminds me of an early Amy Winehouse with her slurred and accented lyrics and very deliberate style.

The song structure’s good with some clever dynamic changes that gets the feet tapping. What’s also clear is that there’s been thought put into the lyrics – there’s a story being told as opposed to shallow bubble gum words.

Production is clear throughout and there’s a good balance in the mix, most importantly letting Lola shine throughout. For me the hi-fi guitar solo doesn’t work tonewise, but that’s possibly my blues influence coming through – I like real warmth and don’t do harsh at all. Having said that though – if this tone has been a deliberate choice then it works insofar as it contrasts with Lola’s warmth. 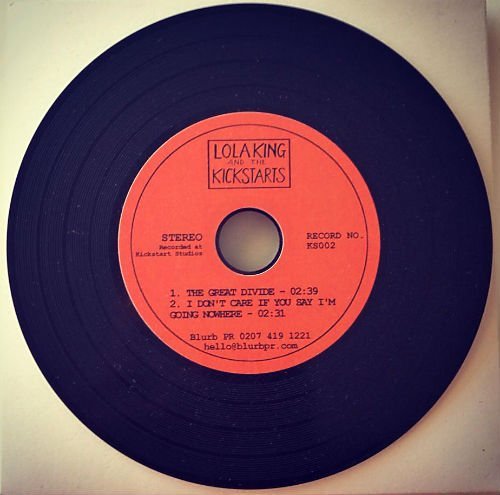 I Don’t Care If You Say I’m Going Nowhere

Much of what I wrote regarding ‘The Great Divide’ can apply here – warm thoughtful vocals, clever arrangements, good mix and dynamic range. This track is my favourite of the two – there’s a nice warm crunch going on with the guitar that pulls me in and makes me want to crank the volume.

Again this isn’t music by numbers – there’s been a lot of work put into this track that shows – it’s very easy to imagine this coming over the FM car stereo in the afternoon.

If this band can take cuts of this quality and energy and translate them into a live performance then I’d definitely be in the line for a ticket.