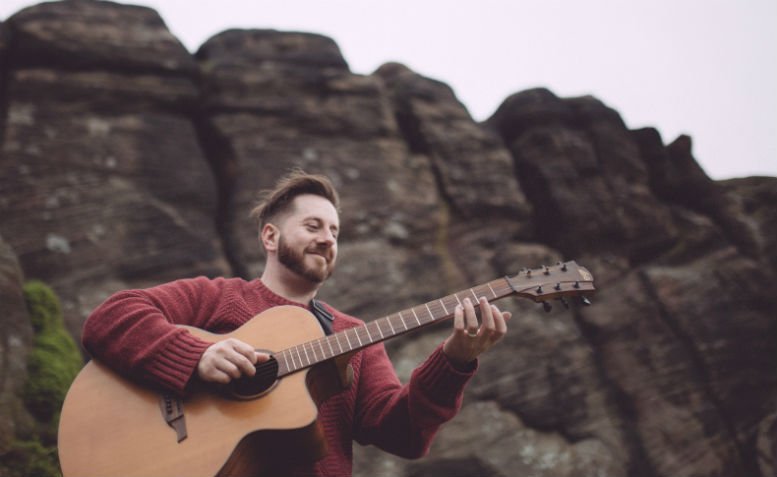 Alt-Folk multi-instrumentalist, songwriter and producer Jamie Beau announces the release of his debut album entitled ‘Tales of the Earth, Tales of the Sea…’, out 4th December 2015 on Bearded Basket. ‘Nightlight’s & Hindsight’ is the second charmingly honest track from the album.

The Derby artist describes his approach to music like this… “I play a guitar, stomp pedal, cajon, cuatro de Puerto Rico, drums, percussion… I’m always looking for new and unusual sounds. If you can bang it and twang it, I’ll have a good go at playing it! Then I make my gums flap a bit.”

Speaking about the album, produced by Beau with Dan Gallagher (Get Cubs) and drums by Pete Reisner (Max Raptor, Hassle Records), Jamie says: “Sometimes I’m just going on a thought journey, sometimes I’m referring to a time and place in my life. I wanted the record to challenge a listener with some relatively open lyrics and to socially immerse you…”