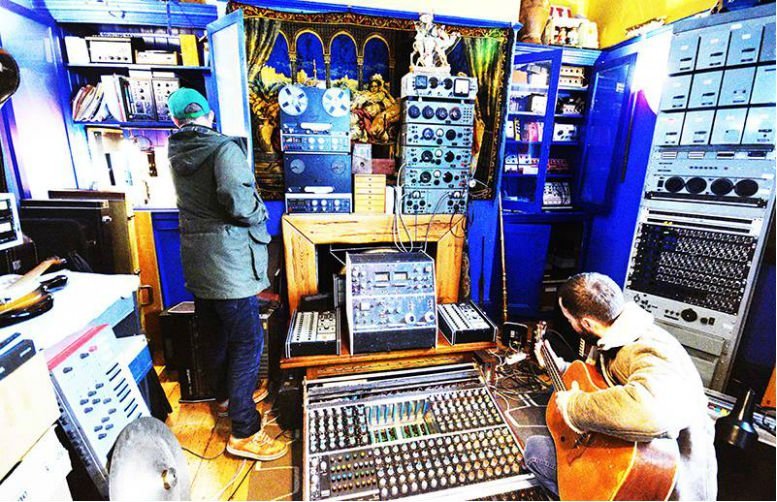 The EP is released on September 30th via Infinite Nothing, before that, here’s new track ‘I’m Still Here’ (released on 30th October), a softly expansive, piece of timeless songwriting…

“Dead Love Fear Wave project started as a blank canvas – say the duo – the aim was to treat it as a vacuous space, and let things happen and grow organically, a definite path outside the commercial objectives that process and confine.”

On ‘New Feeling’ Paul says: “A lot of the EP tracks are about escapism. Not in terms of a hedonistic way but more dropping out or completely leaving the radar of any kind of interaction with society, getting away from any political or cultural influence. It’s kind of about this time when apathy is scorned on so much, making you feel compelled and pressured to get involved with everything and have an opinion on everything, especially with social media. Groupthink takes over and ideas are no longer personal, it’s just a mass of noise without any individualism. So there’s no trust, does anyone do or say anything truly altruistic or is it just ticking boxes to feel part of the crowd, a kind of vanity. Is there anything actually genuine happening, anywhere.”