David Lynch, Stanley Kubrick, Nobuhiko Obayashi, Roxy Music, Sonic Youth, 60s harmony psyche-pop, thrash metal and Miami Freestyle are just some of the influences that swirl around Jorge Elbrecht’s mind; the resulting effect they have on him is Violens. 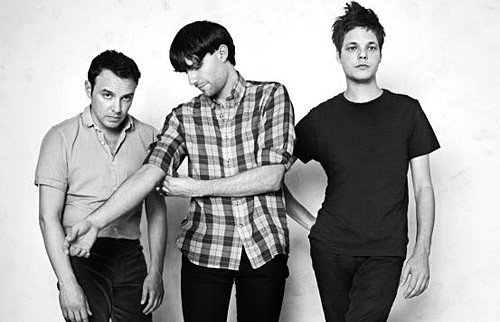 Also known for his work with art collective Lansing-Dreiden, Elbrecht is the lead songwriter and producer of Violens, the New York 3-piece who are set to release their highly anticipated debut album ‘Amoral’ on October 4th through their own imprint Static Recital.

After three years of honing their recording and production skills, releasing their self-titled EP in October 2008 and touring Europe and US with the likes of MGMT, Grizzly Bear, White Lies and Handsome Furs, ‘Amoral’ is Violens’ debut album. 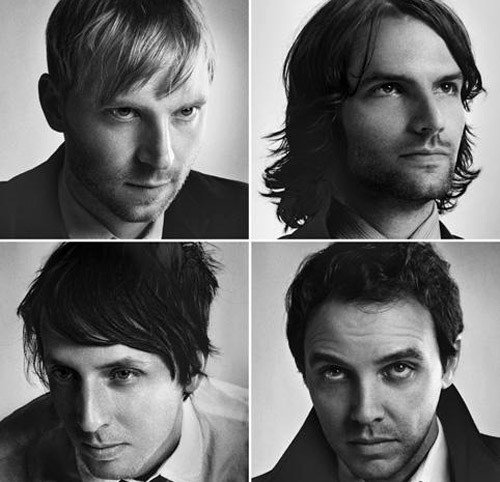 Self-released, self-recorded, self-produced and self-mixed, it’s a masterpiece of the DIY aesthetic; a collision of comfort and violence, of cushion and crunch, of attack and embrace.

From the sumptuous seduction-synth of their earliest track ‘Trance-Like Turn’ – a multi-harmony glisten pulsing through with ‘Loveless’ sound-aches – ‘Amoral’ takes in dream-pop meanders with crescendos of desert metal fuzz (‘Are You Still In The Illusion?’) and epic washes of lush looping melody (‘Generational Loss’), all inspired by the vocal and production atmospheres of Roxy Music’s ‘Avalon’.

Whilst gothtronic recent single ‘Acid Reign’ is what Depeche Mode would have sounded like if Nick Heyward had been singing.

Being fans of the mysterious & the unexpected; ‘Amoral’ shifts from the impossibly jaunty and optimistic ‘The Dawn Of Your Happiness Is Rising’ to the nightmare spoken-word mood piece of the title track with its sonorous bells, demonic croaks and talk of “bloodshed and gore”.

Violens have been announced as the main support for The Drums’ forthcoming UK tour; they will also head out with MGMT in the US next month.

They will be debuting a new line-up centred round the vocal harmonies of Elbrecht, Iddo Arad (synths) and Myles Matheny (guitar).

Violens’ Summer Mixtape is available now as a free download at www.violens.net – it features tracks by Bethlehem, Dead Can Dance and Chapterhouse alongside remixes, covers and mash ups by Delorean, Washed Out and Caroline Polachek (Chairlift).