Setting in stone a foundation and home to some of the most inventive and innovative music that will hit the clubs and radio waves, Worldwide.

Revolution A,B,C is first up and representing the production talents and style of label head, Son Of Kick.

Originally one mighty track, it was broken into three even greater ones.

Mark from Stanton Warriors and Simbad the French DJ/producer both said to S.O.K. that the original had three distinctive parts that could be made into separate tracks; it was just TOO BIG on itâ€™s own!

â€œWhen dudes like this tell you something related to music, you kinda listenâ€ said S.O.K. 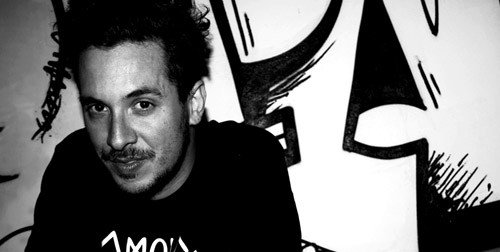 This hybrid beat delivery has already got both the European and US producers on their toes and vocalists and labels craving the S.O.K. stamp.

To complete the package Way Way Records looked to a couple of young guns to add their production talents.

S.O.K. had been smashing up dancefloors with Mr Madjestikâ€™s heavy beats and bootlegs, so naturally looked to him as the man to create damage with Revolution C. Revolution C is also remixed by the two times World scratch champion DJ Troubl; need we say much more.

As well as producing material for the dance floor, DJ, and multi instrumentalist, Son Of Kick is gaining a reputation from Berlin to Brooklyn for his bumping, super charged set, which is a bass-feast of heavy electro and dubstep.

Not liking to be pigeon holed S.O.K. will drop acapellas from Method Man or rock to the Violent Femmes alongside his own productions.

Based in London, Son Of Kickâ€™s sound has already been picked-up by various labels includingÂ recording tracks for the Stanton Warriorâ€™s imprint, Beats and pioneering London imprint Botchit & Scarper.