Phil Collins’ forthcoming album â€œGOING BACK,â€ is a deeply personal labor of love that finds the eight-time Grammy winner faithfully recreating the Motown and soul music that played such an influential role in his creative life. 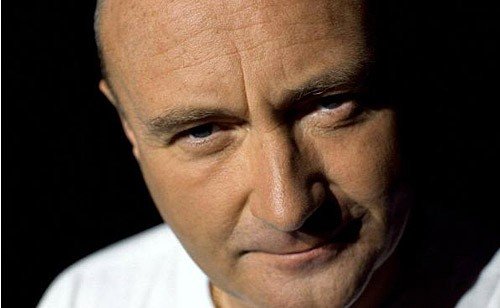 While in the past Collins has paid tribute to his roots by covering some of his favorite songs â€“ including â€œYou Canâ€™t Hurry Love,â€ â€œA Groovy Kind Of Love,â€ â€œTomorrow Never Knows,â€ â€œTrue Colours,â€ and others â€“ this marks the first time in his 30-year solo career that he has devoted an entire project to the work of other songwriters and performers. 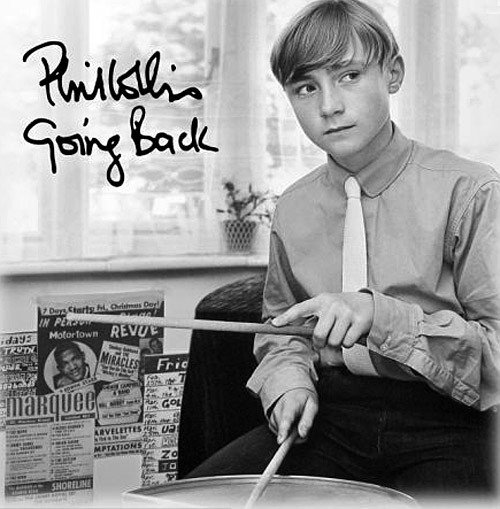 â€œIt shouldn’t really be a surprise to anyone that I’ve finally made an album of my favourite Motown songs,â€ explains Collins.

â€œThese songs â€“ along with a couple of Dusty Springfield tracks, a Phil Spector/Ronettes tune, and one by the Impressions â€“ make up the tapestry, the backdrop, of my teenage years.

I remember it as if it was yesterday, going to the Marquee Club in London’s Soho and watching The Who, The Action, and many others, playing these songs. In turn I’d go out the next day to buy the original versions.

â€œMy idea, though, was not to bring anything â€˜newâ€™ to these already great records, but to try to recreate the sounds and feelings that I had when I first heard them.

My intention was to make an â€˜oldâ€™ record, not a â€˜newâ€™ record. To be able to have three of the surviving Funk Brothers play on all the tracks was unbelievable.

There was one moment when they were tracking â€˜Heat Waveâ€™ that I experienced a wave of happiness and wonder that this was actually happening to me! I learned more about production skills and the wonderful songwriting of those concerned whilst making this album, than I have from anything else. To those pioneers…much love and gratitude.â€

The songs slated for inclusion on â€œGOING BACKâ€ range from the album opener, the Temptationsâ€™ Holland-Dozier-Holland-penned â€œGirl (Why You Wanna Make Me Blue)â€ to the moving album-closing title track, a Collins-arranged version of the Gerry Goffin/Carole King tune â€œGoing Back,â€ made famous by Dusty Springfield. In between, the collection captures multiple songs by Stevie Wonder â€“ â€œUptight (Everythingâ€™s Alright),â€ â€œBlame It On The Sun,â€ â€œNever Dreamed Youâ€™d Leave In Summerâ€; Martha And The Vandellas â€“ â€œ(Love Is Like A) Heat Wave,â€ â€œIn My Lonely Room,â€ â€œJimmy Mackâ€; and the Four Tops â€“ â€œStanding In The Shadows Of Love,â€ â€œSomething About You,â€ â€œLoving You Is Sweeter Than Ever.â€

The Temptations get another shout-out with â€œPapa Was A Rolling Stone,â€ while the Goffin-King team is again represented by a second Dusty Springfield track, â€œSome Of Your Loving.â€ Curtis Mayfield and The Impressions are captured on â€œTalking About My Baby,â€ while Phil hails the Ronettes with â€œDo I Love You?â€ The Motown-fest continues with Smokey Robinson & The Miraclesâ€™ â€œGoing To A Go-Go,â€ the Supremesâ€™ â€œLove Is Here,â€ and Kim Westonâ€™s â€œTake Me In Your Arms (Rock Me A Little While).â€

Phil’s new album ‘Going Back’ out on 13th September
www.philcollins.co.uk