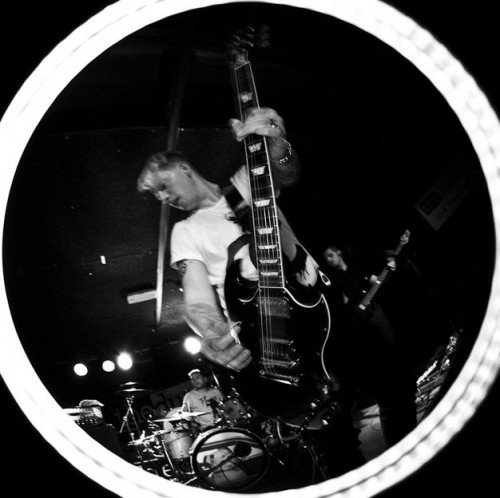 We recommend Hounds’ massive new track ‘Fan The Flames Of The Fire’, ahead of the release of their EP ‘The Wicked’ and performance at Download Festival next week.

The four-piece of Olly Burden, Chas Langston, Adam Hammond and Chris Wallace deliver distinctive anarchic vocals with intense drumming, big synths and dirty bass lines, influenced by a range of iconic groups, from The Clash to Nine Inch Nails, Refused to The Prodigy.

Olly says: “This EP is just a taster of what’s to come. It’s a snap shot of where we are at right now and just enough to whet the appetite whilst we cook up the next release.”