Even in a scene as vibrant as Brooklynâ€™s, Paul Hammer and Deidre Muro – the principal members of Savoir Adore – bring something entirely unique and exciting to the table with their lush, leftfield slant on pop. 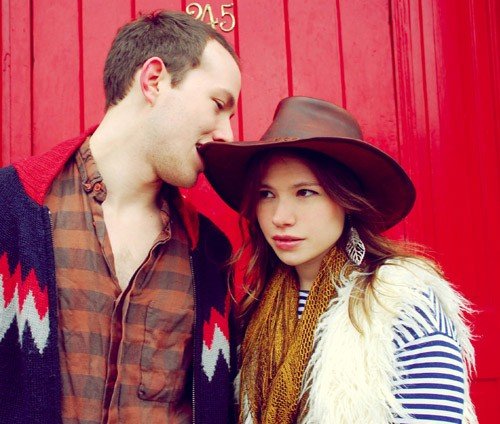 After releasing their limited edition debut UK single â€˜Bodiesâ€™ earlier this year (receiving support from Radio 1 and NME Radio, plus featured on Myspace), Savoir Adore are pleased to announce their debut album â€˜In the Wooded Forestâ€™ will be released on August 16th through Cantora Records (the New York label who helped launch MGMT, Violens and Bear Hands) and tour the UK in July.

Spearheaded by Hammer and Muro, the group weaves vivid imagery into their experimental-pop music as seen on forthcoming single ‘We Talk Like Machines’ â€“ to be released on July 26th â€“ which is brimming with soaring melodies, ethereal voices and New Wave synths.