Insanely talented and vastly experienced songstress Amanda Abizaid is something of a celebrity in the US. 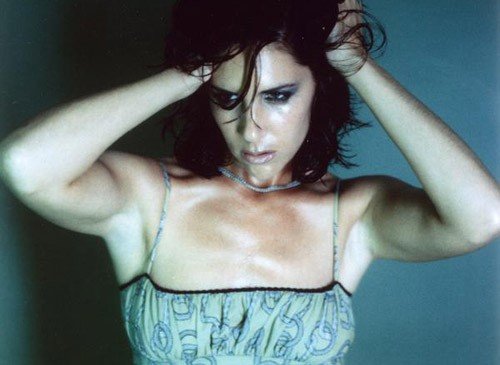 Largely thanks to having some of her vocal tracks, such as â€œA Place In Timeâ€ featured on hit TV show The 4400 and â€œDreams In Ashesâ€ being featured on Lifetimeâ€™s Odd Girl Out.

While elsewhere, Amanda has leant her vocal skills to shows like Smallville, One Tree Hill & Charmed to mass appraisal. 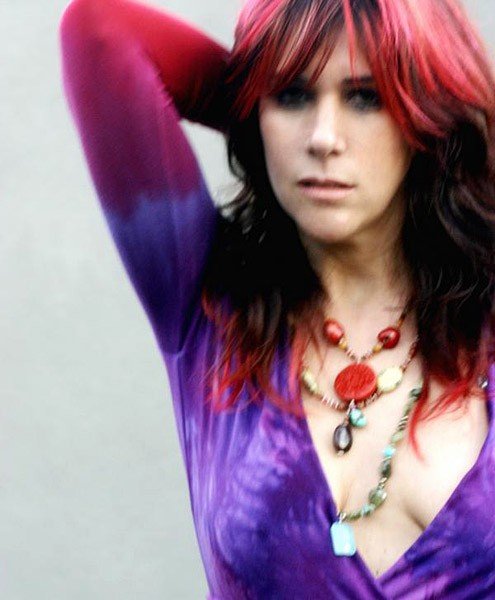 But far from being simply a mini TV star, Amanda is a brilliant singer-songwriter in her own right, proof being her latest album This Life; a warm combination of pop melodies, lush vocals and a genuine penchant for songwriting.

With tracks such as the luminous, electronic splendour of â€œBlue Star, Red Skyâ€; a mish mash of sketchy beats, chilling Synths and Abizaidâ€™s warm voice, coupled into a wonderful hybrid.

Flawless, wonderful and oddly addictive; This Life catches Amanda at her very best.

WHAT KIND OF MUSIC DO YOU MAKE / PLAY?
Americana mixed with a little World music

WHERE ARE YOU FROM?
Born and raised in the Middle East, Beirut, Lebanon. My family and I moved to New York State, US when I was 10 years old.

My background, education and life has been eclectic.

HOW DID YOU GUYS GET TOGETHER AND WHEN?
LA is a great place to network and meet new people. Shortly after moving to Los Angeles in 1998, my good friend, songwriter Shane
Soloski and I socially met musicians Eric Dover, Ron Dziubla, Brian Head, Mike Mennell and Taylor Mills.

Almost immediately we clicked, formed the band â€œBlueâ€, and gigged around town.

Our time together ended as outside opportunities presented themselves individually to various members of the band just before releasing our first album in 2000.

It was at this time that my solo career as a singer songwriter started. I asked my band mates Ron and Mike to stay with me.

Brian, when he is available joins us for good old times.

WHO ARE YOUR INFLUENCES IN THE MUSIC INDUSTRY?
The Beatles, Coldplay, U2, Annie Lennox, Pink Floyd, Johnny Cash, Kate Bush, Beck, Bjork

WHAT HAS BEEN THE HARDEST PART OF BEING IN THE BAND FOR YOU?
Scheduling is our greatest challenge.

Aside from playing with me my band mates play with other artists like Ricky Martin, Tom Jones, Royal Crown Review and Taylor Hicks.

TELL US A BIT ABOUT YOUR EARLY DAYS AND HOW THEY DIFFER FROM NOW?
Born and raised in the Middle East, Beirut, Lebanon is very different from living here in the United States.

My siblings and I grew up together, best friends, close family, singing together in churches and county fairs.

The war separated us as a family and we pursued different careers and lifestyles.

My having exposure and being educated and well traveled in Europe and other parts of the world, greatly influenced me, steering me on my life path developing the â€œartistic, creativeâ€ side of music, art, theatre, runway and print modeling.

I learned the piano, guitar, flute and sang in a couple cover bands. In my adult life, shortly after working in Washington, DC, New York, Miami and London I decided to move forward with my life dream and pursue an opportunity, move to Los Angeles, become a singer / songwriter and start my own band.

Life today is very different, living in the United States.

The biggest difference is opportunity and lifestyle. I am grateful for my life, family and friendships today.

WHAT WAS THE LAST GIG YOU PLAYED, WHAT DID YOU THINK OF IT?
The last gig I played was at Genghis Cohen in Los Angeles.

It was my last stop on the â€œLA Woman Summer Tourâ€ with girls that rock in LA.

It was a really fun show, especially since it was among friends.

WHATâ€™S THE MOST SUCCESSFUL THING YOU GUYS HAVE DONE TO DATE?
Most recently launching our first 200 City National Radio Promotional Campaign, with the first week playing from our newest album â€œThis Lifeâ€ initial rating 178, second week jumping to 115 and this week (third week) jumping from 115 to 93 on the ACQB Top 200 Chart! Spins on “This Life” increased from 78 to 123 for the week!

We are also very proud of our first four albums, and of course singing the theme song, â€œA Place In Timeâ€ for the TV show â€œThe 4400â€.

WHO HAS HELPED YOU THE MOST GET TO WHERE YOU ARE TODAY?
Two guys from Bosshouse Music were looking for a singer to record on their first collection of songs for their TV/FILM music catalog and approached me with the opportunity.

The songs were placed over the years in several network shows.

My career and exposure as a singer songwriter grew from that point forward.

WHATâ€™S COMING NEXT FOR THE BAND?
We have a record release show locally, in Los Angeles, on Aug. 25th at Cafe Cordiale.

From there we have several shows in and around the LA area through the end of August.

I am touring solo up the west coast and around San Francisco through September.

From there my tour takes me to the East Coast; Miami, D.C. and New York.

IS IT HARD BEING A NEW BAND IN TODAYâ€™S INDUSTRY?
We have been playing as a band for several years and with the level of competition and talent it takes a lot of perseverance, faith,
friendships, connections and good hard work to reach higher levels of exposure.

You have to have a lot of passion to pursue this dream of being an exceptional artist in todayâ€™s industry.

I am very appreciative and grateful to the people who have helped open doors for me and am really thankful to them for that.

HOW IMPORTANT IS THE INTERNET AND SOCIAL NETWORK SITES TO THE SUCCESS OF YOUR BAND?
Internet and social network sites are critical to the success of our band.

This industry has grown so much in the past decade making it impossible for businesses of all segments to succeed without it.

It is the mainstream of business throughout the world; locally and internationally, with all kinds of communication through marketing,
networking and being able to really reach out to fans on a daily basis.

If you want to promote something, get new information out there, find someone, access or learn something the first place everyone goes is the internet!

QUICK-FIRE QUESTIONS:
WHOâ€™S THE MESSIEST IN THE BAND?
We all haveour â€˜thingsâ€™ however, I claim this piece for myself.

WHO IS HARDEST TO LIVE WITH ON TOUR?
Being creative and artistic allows me to carry the title of being picky and detail oriented.

I am a really hard worker and strive to be perfect in mywork and that can make me challenging at times.

WHO IS THE JOKER AND WHY?
Mike Mennell carries this title.
His unique style of quiet one-liners is hilarious and unexpected.
Mike has a great sense of humor. He keeps us lighthearted and laughing.

WHO MOANS THE MOST?
I miss my female friends to keep me in the loop.
Girls like to talk; I think it is about 5-10 times more than men talk per day. I miss that sometimes.

WHO IS THE MOST ROCK â€˜Nâ€™ ROLL & WHY?
Ron travels a lot. He tours and plays at large venues around the world.

He hasquite a fan base, and of course the girls love him.

WHO IS THE LOUDEST?
We try very hard as a band to have balance and listen to each others ideas on the music especially when it comes to live performances and recording.

The best idea always wins and everyone has a chance to speak their minds.

This is the way we know the best music will come forth.

The same philosophy carries in to our friendship and personal lives.

We are supportive and have a lot of respect for each others accomplishments.

WHO IS THE MOST ANNOYING?
I have to say this has never been an issue.

There is much friendship, patience and respect within our group.

We have always found a way of balancing each other out when support has been needed. â€œWe are family!â€

WHATâ€™S THE MOST EMBARRASSING THING SOMEONE IN THE BAND HAS DONE?
Several years ago when we were starting out as a band we played an entire song with the keyboards set to a different key.

We couldnâ€™t understand why we were so off balance. It ended up being a strange experience and carried a funky melody.

We brought in the audience and got a good laugh admitting to our creativity.

WHO WOULD YOU MOST LIKE TO COLLABORATE WITH IN THE INDUSTRY?
It would be wonderful to collaborate, sing and write a song with Annie Lennox

WHO WOULD YOU MOST LIKE TO COLLABORATE WITH IN IRELAND OR NORTHERN IRELAND AND WHY?
U2 would be amazing. Their songs are very melodic and I love Bono’s voice.

A little trivia, while performing with my first band â€œBlueâ€ in Los Angeles, my â€œnickname / stage nameâ€ was Girl Bono.
www.amandaabizaid.com
Â©FAMEmagazine.co.uk