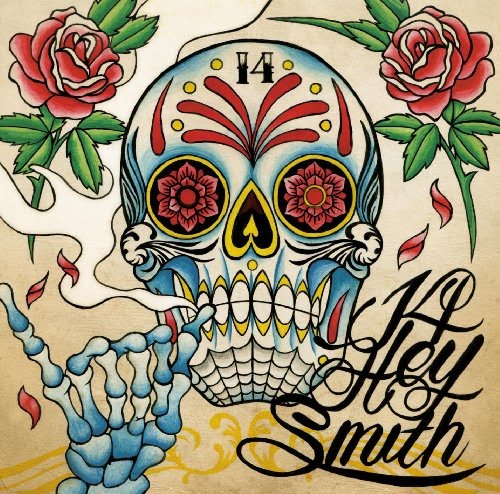 Formed in Osaka in 2006, they first released ‘14-Fourteen’ in Japan where it reached No. 6 in the Indie Chart
With the follow-up hitting the top spot, the band found themselves touring their home country with Less Than Jake, who’s drummer Vinnie Fiorello describes Hey Smith’s live act as ‘insane’ with ‘tight horns and energy dripping from the stage’.

Fiorello promptly signed the band to his ‘Paper + Plastic’ record company, who are now distributing ’14-Fourteen’ across the United States. 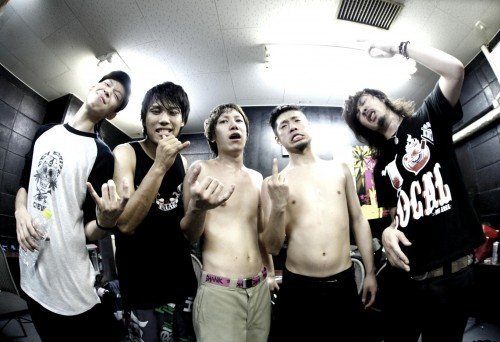 The album itself starts at full pace with the riffy ‘Drug Free Japan’, a seemingly straight and powerful metal romp, already enjoyable by the time the brass comes in and adds another unexpected dimension.

While a ska influence is clear throughout the album, a better description might be ‘American Punk with horns’.

Strong choruses and big melodies are bolstered by a tight brass section which combines well with a punk backdrop to produce an overall sound which is both powerful and extremely catchy.

The ska influence is heard more on tracks like ‘We Sing Our Song’ and ‘Broken Promise’, which switches from pure ska into a melodic pop/punk chorus and further surprises by finally breaking down completely into a dreamy acoustic and piano piece to finish the album.

14-Fourteen is an album peppered with prospective singles, all but one of the tracks, punchy and high impact romps lasting well under three minutes.

If your tastes lie in the American Punk/Pop bands of recent years, or even further back to 90s ska/core bands like the Mighty Might Bosstones, give this album a listen.

You might be be pleasantly surprised…
store.paperandplastick.com
By Norman Boyd