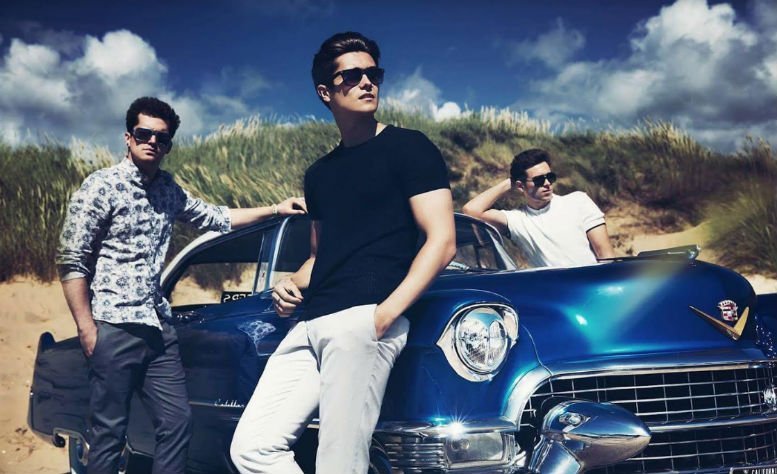 London based, charming pop band The Scheme – Kyle Carpenter (piano, vocals) Kristofer James (vocals) Aleksey Lopez (guitar and vocals) – talk ‘Can’t Stop’, their irresistible new single, a sparkling display of contagiously bright and handsome guitar-led pop, written by the trio while they were 6000 feet up a mountain in Arizona….

So guys, tell us everything we should know about ‘Can’t Stop’, including the Endless’ art work…

‘Can’t Stop’ will the the 1st single off the EP and it drops on Sep 23rd! It’s basically about meeting someone you really like, and not quite knowing what to do or where it’s going, but you just can’t stop yourself from falling for them over and over again.

We’ve been huge fans of Endless’ work for a while, and we thought he’d be perfect for the idea we had for our artwork. We went through that few different ideas with him and he created an awesome design for the artwork which we are really excited about! 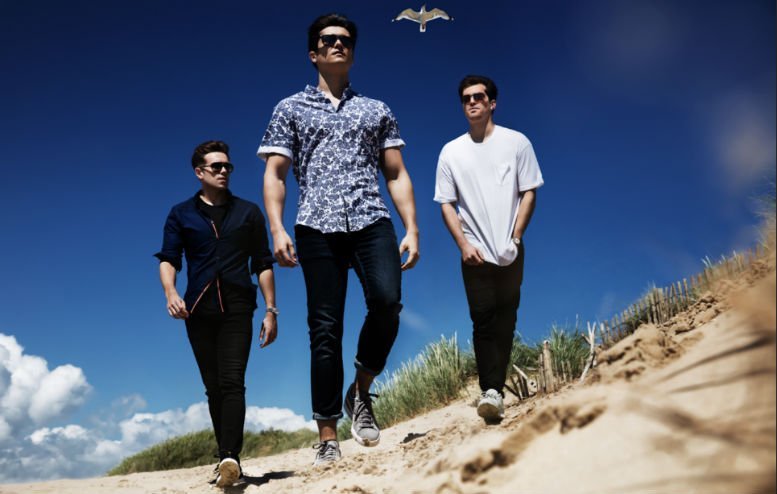 Also can you explain how did you write the song while 6000 feet up a mountain in Arizona?

We have a co-writer who we work with often, Ginger Mackenzie, and she lives in Jerome AZ. Which a tiny little town 6000ft up in the mountains. We love going there to write because it’s such a beautiful, relaxing & inspiring place to create. It also helps that the studio sits right at the top, with a view of over a hundred miles on a clear day!

Why did you call the band The Scheme? Any interesting or strange story behind it?

When we were first starting out, we were always trying to figure out what we were doing & where we were headed as a band. We just kind of naturally adopted the phase “what’s the scheme” for whatever we were planning or doing at the time. After a while, we had said that so often, it ended up becoming our name & we never looked back.

How did you meet and why did you decide to play together?

After spending many years in London, we just happened to meet in a studio in London in a few different writing sessions. We had such strong musical chemistry, we decided to form and band, and the rest is history.

We would just hope that in 10 years time, we are still here, creating music together, and playing gigs to all our fans.

We take influence from so many different people. The Beatles, George Benson, Stevie Wonder, JT, and of course good ole Whitney, when we want to embrace our inner woman.

We love so many artists right now. We have OneRepublic, The Chainsmokers, Coldplay, Maroon5, The Tide, Lawson, along with many others, playing constantly while we’re traveling around on tour.

We are currently on our first tour with The Tide right now! We are performing the whole EP with a few special covers!