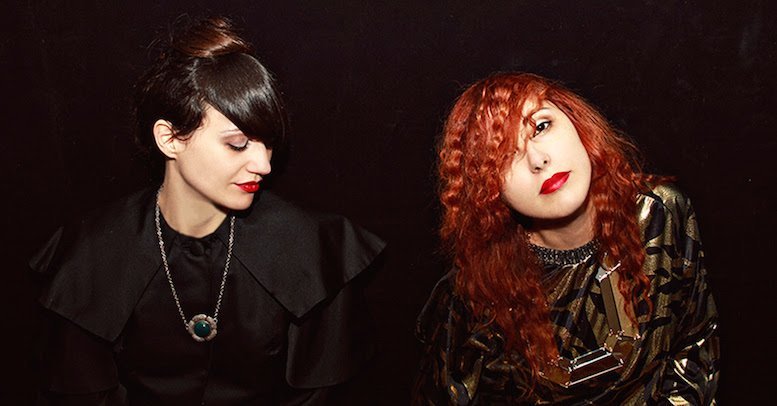 ‘Dancing star’ is the hypnotic and uplifting cosmic number by Lilies on Mars, the exciting project from eclectic Italian duo Lisa Masia and Marina Cristofalo. The fascinating video to accompany the single, was directed by Francesco Poli, who developed a system inspired by the Rutt – Etra – Izer machine, which utilizes the same synthesizer used to record the song. This transforms the duo’s movements and silhouettes into waves, creating a unique musical and visual synthesis…

‘Dancing Star’, mixed and co-produced with Tom Furse from The Horrors, its out now via Lady Sometimes Records and its the lead single from their upcoming album ‘∆GO’.

The duo describe their sound as…”Matter, Its waves and radiation create sounds that enthrall. Inspired by this, we play music looking up.”