The twosome describe their music as a “whimful combination of dirt spitting kicks and feathering grit. An overdose of nightlife; the lubricated moan of spilt vodka. 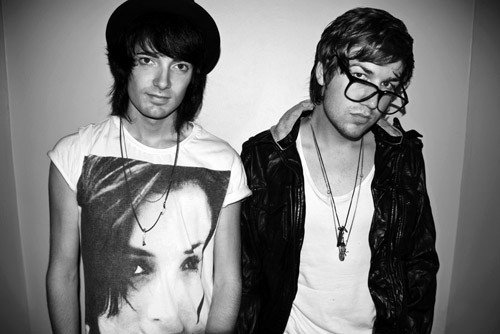 The rest of New Zealand know Kids Of 88 better as architects of the Platinum selling debut single â€˜My Houseâ€™, and follow up single â€˜Just A Little Bitâ€™ which is a top 3 seller at iTunes.

Having already become intimate with the chart-conquering ‘My House’, new single ‘Just A Little Bit’ is currently sinking it’s fangs into your brainstem. Fans can also expect an album mid-July.
www.myspace.com/kidsof88