If you ever doubted that the life of a musician is anything short of a never-ending party, the Swiss Indie Electro band called Manta Youf will definitely put things in perspective for you! This wild four-piece, consisting of Cyrill Sutter (vocals), Florian Brändli (trombone and synths), Julian Brunner (drums) and Serguei Ovinikov (guitar), just came back from Barcelona where they went on – get this – a band vacation! I’m not playing! And not only that, while they were out there chilling, they were actually caught on camera smashing up a fucking car! Rock and Roll?

Well, more like Poppy Electronica, but the type laced with a caustic take on the world. I guess you could think of it as a doughnut filled with LSD infused jelly. Their music is bright, hella melodic and heavy on the groove. Their new single, the catchy anthem entitled Llover sounds like it was cut for some heavy radio rotation, but I could also imagine that it could just as easily do some serious damage on the dance floor. Maybe somewhere in Ibiza they’re playing it already?

Manta Youf will be releasing their debut LP cryptically titled Vol. 1 next February on Irascible Music. For now, we invite you to a coffee type chat with vocalist Cyrill Sutter.

It must’ve been fun shooting this video…

Fun? You kidding? It was a dream come true. Do you remember the music videos on MTV where bands smashed things to pieces, jumped into pools and did crazy stuff at the amusement park? And have you ever wondered what it would be like to shoot that stuff? Well, we kinda did exactly that, and it was truly awesome. Everything but smashing the car – that’s not as pleasant as you might think, especially when 4 guys release all their brute force on that thing. Two words: glass-splitters and tinnitus.

Why did you guys opt for Spain instead of just shooting it in Baden, Switzerland?

Well… We initially had the idea for this song to have these summer vibes: bright colors, the sea, beaches and drinks with small yellow umbrellas. Although Baden is a beautiful city, it just didn’t provide the right scenery for us. Plus, we basically all come from Baden so it would’ve been like shooting a video in your own backyard. It would’ve been a bit boring. Also the guys from Barcelona that made the video are good friends of ours. But quite frankly we just needed a good excuse to go on vacation. And what better place to go than Barcelona in the summer. Also we totally got to feel the celebrity life during our shoot in Emporda (a small town north of Barcelona): The two guys who shot the video announced in advance that there would be a band flying in from Switzerland to shoot at specific locations, so some of the people got the feeling that we were a popular, internationally known band. There were paparazzis and everything… just kidding! Nothing of that sort, but we got to go on rides in the amusement park for free, which was super cool of them. 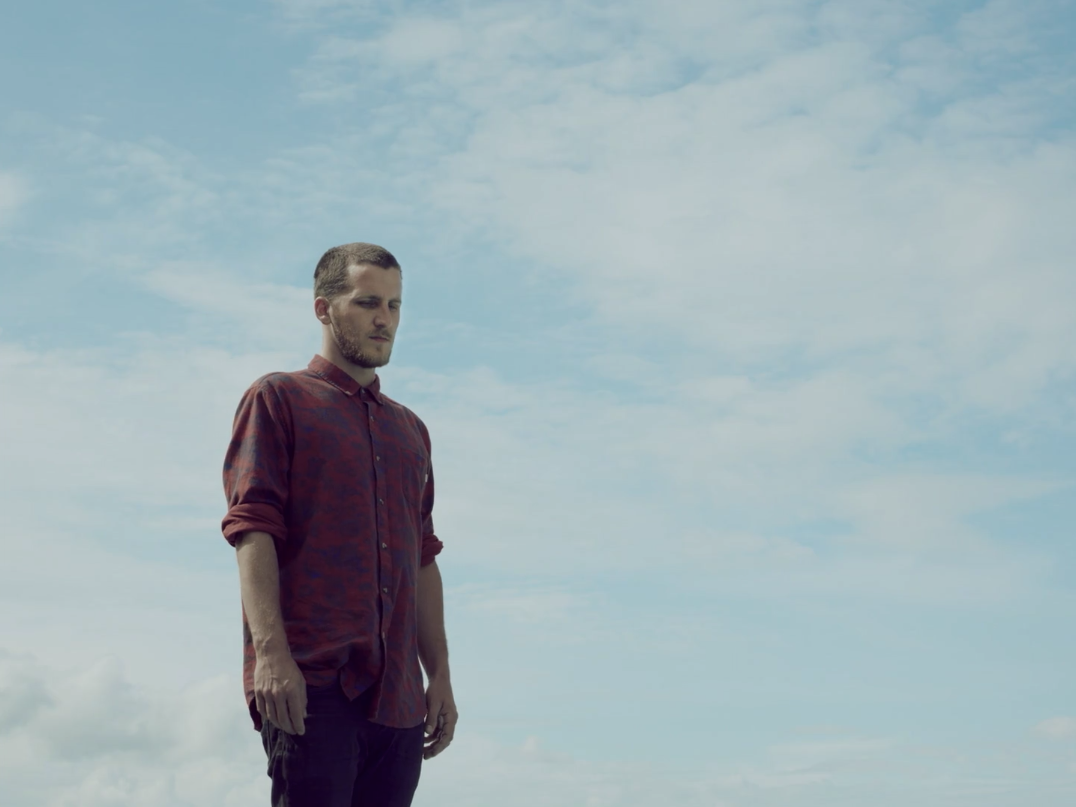 Out of curiosity, and also because I tend to do this when I travel, what did you learn about Switzerland and being Swiss, from working and hanging out in Spain?

Probably the most striking difference would be the fact that people in Spain tend to be less uptight than Swiss regarding how they go about their daily business. Apart from that, they have beaches, super pretty girls and nice weather.

Did you get to play out there at all?

I’m afraid we didn’t play there at all. It was strictly business and leisure, but if a Spanish promoter just happens to read this, please consider booking us *wink*. We would love to come play in Spain. Regarding the reactions – from the couple of shows that we’ve played so far the reactions were really good. Most of the people thought it was something they had never heard before which is nice for us to hear as that was the angle we were working on during the production of the album. But that might change, we have just begun to play gigs.

I have to ask you this: is life really as depressing as the video might imply? Because despite the upbeat soundtrack, there is a strong note of melancholia buried in the subtext.

Not to get all too philosophical but the video rather addresses the dullness than melancholy. Most people can probably relate to the mundane lifestyle of being stuck in a job from 8 to 5, 5 or 6 days a week. Coming from work, heating up some food, paying the bills, maybe they watch some tv or do some sports. This kind of routine just keeps on repeating itself until at some point you get the urge to break free from that and do something fun. Most of the time this commitment floats somewhere in the back of your mind but still you hesitate to do something due to your daily obligations. And just when the urge becomes unbearable, thats when you board the airplane to Barcelona and smash the crap out of a car. Pardon my French!

You guys have a record coming out in the beginning of next year, could you share some information about that already, or do we have to just wait and see?

The only thing we can say about the album apart from that it’s really cool is that its pretty diverse, so keep an open mind. We coined the type of music on this album “Indie Dub”. It sounds pretty mysterious but we think it most accurately describes our synth infused, indie music madness. But listen to upcoming Single “LLover” to get a taste and see if you like it. It would be very much appreciated. Other than that, you will probably have to wait and see and judge the other 7 songs of the album yourself when they come out. It’s gonna be bonkers!

In closing, tell me about a typical day in the life of a Manta Youf.

We must say that there usually is no typical day for us. With Manta Youf every day is a surprise. You never know if all the band members will show up or one might go missing during that day. We are a very mysterious bunch of people. Just kidding… A usual non-gig day for us involves a couple of coffees and cigarettes, music talk and nice long walks on the beach.