Some of the biggest names in Irish Country Music will battle it out in Ballymena as The Northern Ireland Country Music Awards get underway at the Tullyglass Hotel.

The glittering ceremony, organised by JW Promotions, will see country music stars including the legendary Susan McCann taking to the stage alongside Jimmy Buckley, Mike Denver, Declan Nerney, newcomer Nathan Carter and of course I will be there to bring you all the gossip from this yearâ€™s event. 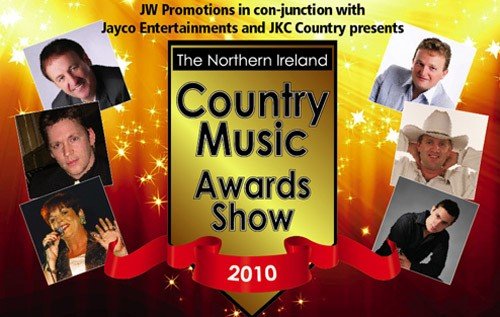 Now in itâ€™s third year this awards ceremony is getting bigger and better and this year more than 14,500 votes have been cast â€“ but who will walk away with the big gongs? Here are the nominees:

Song Of The Year:
The Galway Fiddler by Linda Welby, Sams Place by Mick Flavin, The Galway Girl by Shaun Loughrey, The Day Of My Return by Mike Denver.