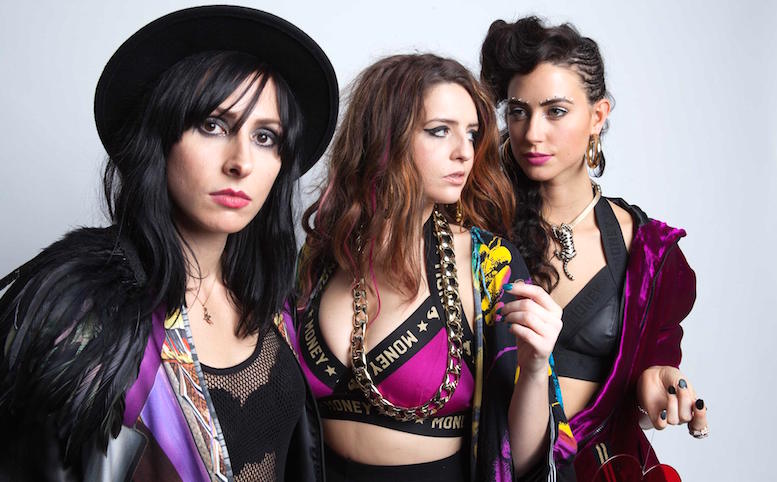 The brand-new label Lost In The Manor unveil ‘Shake Me’, the vividly uplifting first offering from London’s exciting trio About Love Nor Money, sisters Bess Cavendish (lead vocals) and Jayna Cavendish (backing vocals, drums and dance) and Anna Tosh (guitar), who describe their sound as “alternative dance pop with an edge”.

The video, directed by Phillip and Rupert Sansom, was shot at a themed East London rave party…

‘Shake Me’ is released as a digital single on 6th July and is lifted from the dynamic trio’s debut EP, to be released on limited-edition vinyl and across all digital outlets later this year.