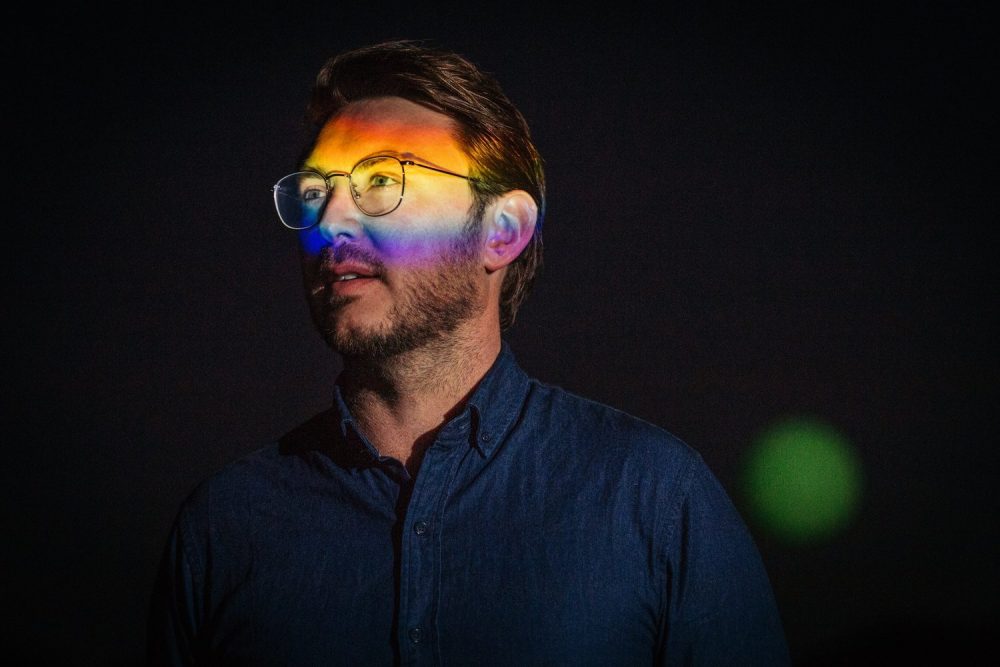 Australian singer-songwriter Dustin Tebbutt, gives us another glimpse of his wonderfully complex and yet familiar and relevant sound, with this stunning acoustic version of ‘All Your Love’. Tebbutt’s forthcoming EP, ‘Chasing Gold’, is out 26th October 2018 via Eleven: A Music Company.

Hi Dustin! How are you doing today?

Hey there! I’m doing great thanks. I’m just in the middle of setting up a new studio so there are wires everywhere, but I’m secretly enjoying the chaos.

You’ve just released your new single ‘All Your Love’, an acoustic version that was originally released as a dance track with Flight Facilities, how did that collaboration come about?

I’ve been a fan of their stuff for a while now, and originally approached the guys about doing a remix of one of the tracks from my last record. From that we started talking and decided it might be cooler to work on something together form scratch.

You’ve been compared to the likes of Bon Iver and Sufjan Stevens, would you say they’re fair comparisons?

I hope so! Those guys are some of the fathers of the modern folk sound, and although it’s always subtly evolving, they have both made music that has stood the test of time. I don’t really shy away from comparisons (some artists seem to hate them) as they are really the best way to give people an insight into something intangible, so the more the better!

What’s ‘All Your Love’ all about?

‘All Your Love’ is about the feeling absoluteness of the chemical side of love.

Your new EP Chasing Gold’ is out later this year – is there a main theme / story line running through it?

These songs are all loosely linked by their subject matter, in that they all look at different facets of human relationships, but for me the thread with this EP is more through the timeframe and production process. I wrote all of the new tracks in about a month whilst touring overseas and collaborating with different people. I hadn’t really done that so much before, but it was a really rewarding process and I was finding new stories hidden in me that I hadn’t really been able to tell on my own. Then when it came to produce I wanted to try to limit the palette across the recordings, so in that sense the songs are all sonically quite similar.

What’s the music scene like in Australia at the moment? Any artists you’d recommend?

There is always so much happening in Australian music, it’s really inspiring to be around. My hot tip is Alexander Bigg’s new track ‘Car Ride’. Man that guy knows how to write a song.

What advice would you give a new artist starting out?

There are a lot of challenges when you’re starting out, but the main thing I’d say, apart from being nice to people, would be to find the parts of the industry and music making process that you truly enjoy, and focus on those. I think it’s tempting to be out there doing all the things… gigs, networking, making records, getting photos done, and all the things that bands seem to be doing – but for starters find your craft; the part that you enjoy and can do better than other people, and just hone in on that. The other parts will come in time.

I’d love to work with Fourtet. I think his work is always so full of colour and he has this really cool way of bending acoustic and electronic elements into his sound.

Well there’s a bunch of new music coming, so I just want to focus on getting that out, and perhaps play some shows later this year, and then back into the writing room.