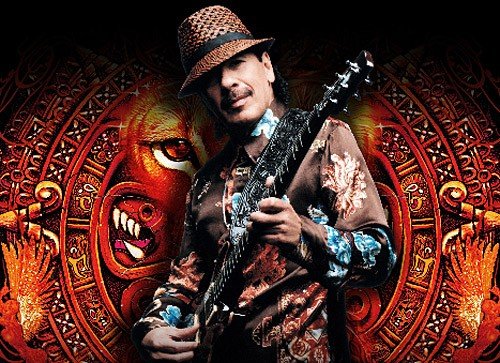 After she accepted, the just-engaged couple kissed, and the audience broke out into cheers. 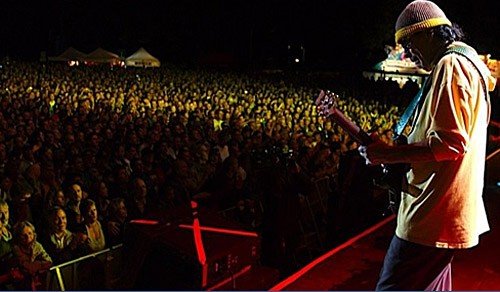 “Cindy and I are blessed to have found each other,” said Carlos Santana. “Being in love is a gift from the universe, and the spirit and vibrations that come with it are infinitely powerful. I look forward to expressing that incredible energy through my music, and in helping to tip the balance toward more love in the world with what Cindy and I share.”

Blackman is a jazz and rock drummer who has recorded and toured extensively with Lenny Kravitz, and played with a wide range of artists including Pharoah Sanders, Cassandra Wilson, and Bill Laswell. 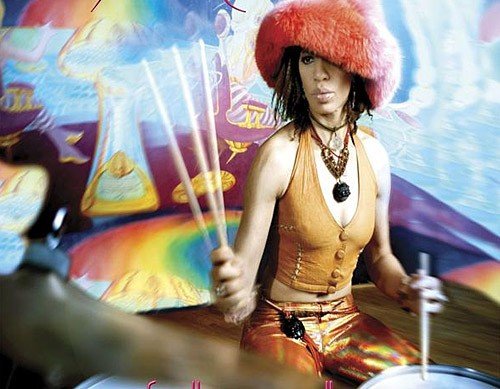 The Universal Tone Tour’s second leg begins late September with a month-long European itinerary that follows a string of late August/early September performances of Supernatural Santana: A Trip Through The Hits at The Joint at the Hard Rock Hotel & Casino Las Vegas.

The Universal Tone Tour 2010 presents hits from Santana’s four-decades-long career, as well as songs from a forthcoming album.

Set for release September 21 on Arista Records, Guitar Heaven: Santana Performs The Greatest Guitar Classics Of All Time is the first new studio album by the Santana Band since its trilogy of consecutive, award-winning blockbuster releases: Supernatural (1999), Shaman (2002), and All That I Am (2005).

Their partnership dates back to 1968, when Davis first signed Santana to Columbia Records–after seeing them at San Francisco’s Fillmore West, at Bill Graham’s request.