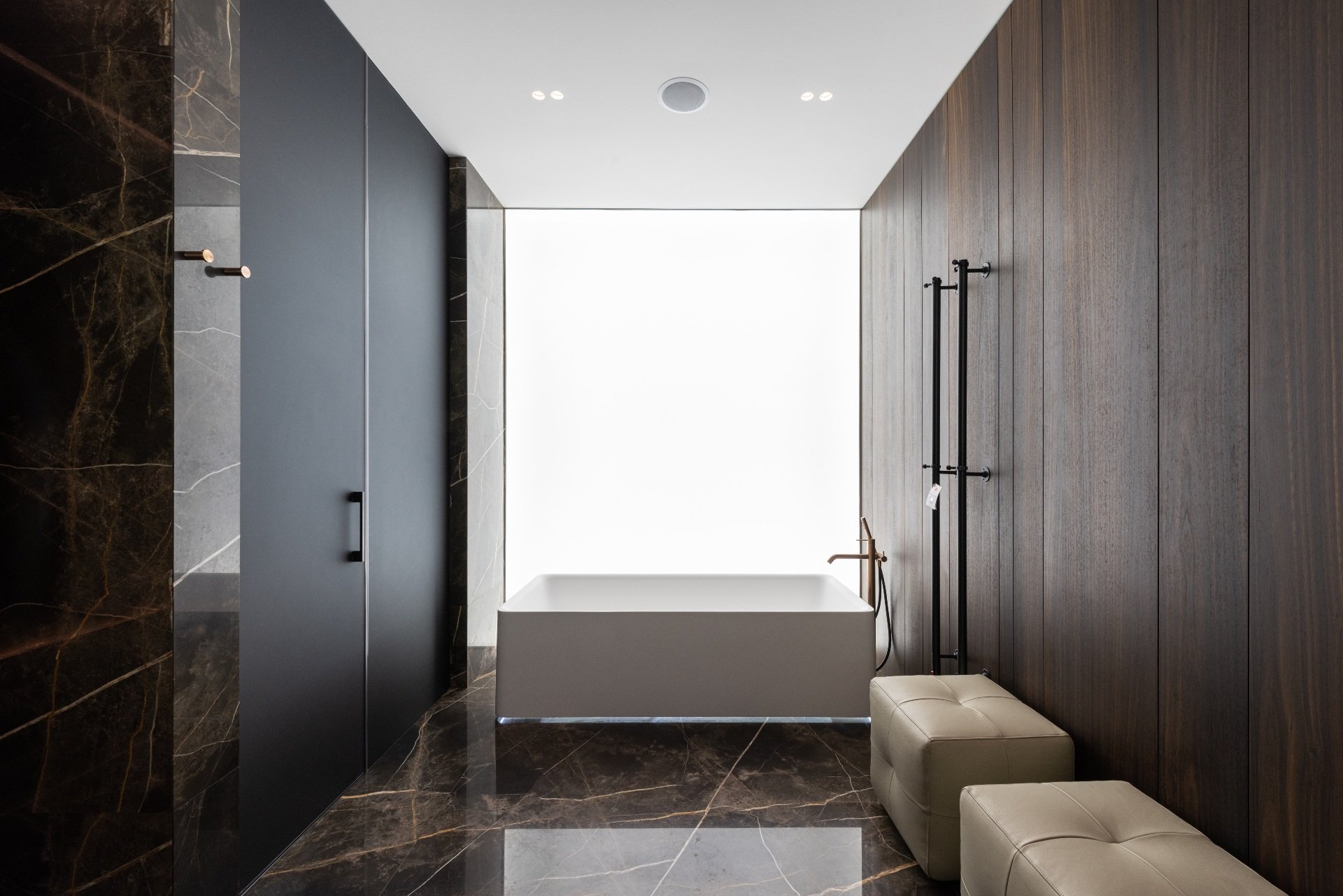 Who thought bathrooms could be so luxurious and stylish, these celebrities have taken the bathroom décor to a whole new level. Working alongside their designers to create lavish bathrooms to fit their expensive, high-profile life, featuring free-standing baths, extravagant windows and views and even a fish tank. Here we will talk about some of the most impressive, which could maybe inspire you for your next home renovation.

First up is Angelina Jolie, an award-winning actress, winning multiple golden globe awards during her career and has been named Hollywood’s highest-paid actress many times which sums up her success. She started to act at the age of 16 but then her professional film career started in 1993 when she got her first leading role in a huge film called Cyborg 2.

Jolie’s $25 million home is made up of six bedrooms and ten bathrooms, with 10,000 square living space. A grand 1910’s LA home inspired by a Mediterranean exterior, fit for royalty. This home renovation kept all the historical features which make up the character of the home such as the library featuring a rail ladder and marble fireplaces. Also, this mansion has a studio house and a guest room which faces the pool, garden and amazing views.

Out of the ten bathrooms, the huge suite has a cream colour scheme, stone flooring, and a huge gold vanity which sits perfectly in front of the natural light.

Next up, Jon Bon Jovi, legendary American singer/songwriter best known for his band Bon Jovi formed back in 1983. He has splashed out this time to Manhattan and has bought a $19 million four-bedroom, 4 bathroom condo with spectacular views of the Manhattan skyline and Hudson River, living among the many celebrities who live in this area. This building provides him with access to a fitness centre, swimming pool, golf simulator and much more.

His master bathroom is a highlight of the property, with a window as tall as the ceiling, marble décor and the free-standing bathtub under the windows offering him the best possible views while taking a bath, also to top it off he has heated floors adding that extra level of cosiness.

This celebrity bathroom is extravagant yet minimalistic, the perfect combination. Privacy doesn’t seem to be an issue as it’s based upon a glass wet room with a huge overhead shower and an additional shower the other side of the room and a free-standing elegant stone bath. Within this room there are plenty of plants, really adding to the natural fresh feeling a bathroom should have, very spa-like. A lot of indoor plants in fact thrive with the humidity of bathrooms as many of them are tropical natives.

Finally, Kayne West, a popular American rapper, singer, songwriter and fashion designer. His $3.3 million bachelor pad was sold in 2013. Wanting to stand out, he featured a huge fish tank at the end of the bathtub, complemented by amazing views of LA from the large windows and a chandelier. We think it’s a unique bathroom that represents the music mogul’s personality very well.

Overall, these are just a few fancy celebrity bathrooms that we may wish we could have, but sometimes you have to just adjust and work with what you have. For us mere mortals with more modest bathrooms and powder rooms to work with, HGM Mechanical offers fantastic smaller-scale bathroom installations in Essex and surrounding areas. They have a huge number of accreditations and awards and even offer free quotations and designs. Here’s a gallery of some of their rather luxe installations that prove that it’s not the size of the space you have but what you do with it that counts!