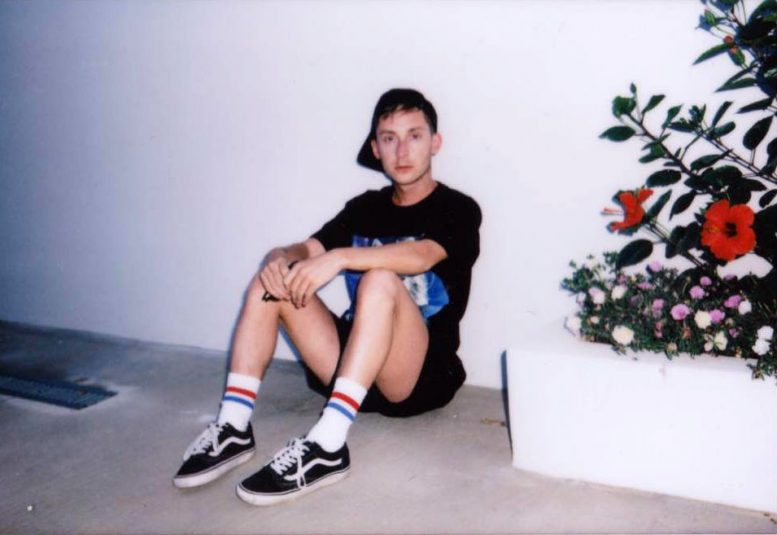 Citing 60s–70s Rock and 90s–2000s Pop & RnB as his influence, 26 year-old Astronomyy, opens up about the rather controversial video – by Blake Atienza – for his sweetly convincing track ‘Hypnotized’ (available now via Lunar Surf), the flawless prelude to his odd and awesome wall of noises….

Hello Astronomyy, How are you today?

What’s on your mind right now?

A few things on my mind – 1. I’ve just started running again, and it feels really good. 2. I’m releasing new music again, which feels even better. and 3…

OK…Tell us about the rather controversial video for your track ‘Hypnotized’… Whats the idea behind it and whats the message?

The Hypnotized video was a bit of fun. I found Blake (the director) on Instagram, reached out to him and showed him my new music and he loved it and came back with this crazy narrative. From there–on it was like, ok, how big of a miniature movie can we make? I’ve always loved films such as Baz Luhrmann’s Romeo & Juliet etc, and I love the connection that Nick & Jess have in what we captured for Hypnotized. Jess is the hero in this movie, she doesn’t take any shit. But I guess the real morals are a. don’t play with drugs, and b. don’t play with guns – because you won’t win.

What is ‘Hypnotized’ for you?

Hypnotized, lyrically, is about that phase of a relationship where you’re addicted to someone. It’s a pretty simple concept. In the verses I explore the idea that no matter how big the distraction (the stars falling out of the sky, or the sky suddenly turning pink), it would never be enough for you to break that obsession you have with your significant other. You’re hypnotised.

I actually started writing Hypnotized toward the end of 2011. This was before I was seriously into songwriting. I found it in my notes and it reminded me of simple concepts I used to play around with. I finished it off this summer and started on the production. I was listening to some heavier stuff like Nirvana, and a lot of random trap songs. It’s fun mixing the two together.

You got our attention with your fine work with Billie Eilish and MNEK & Zara Larsson…Whats next?

I’m really having fun in the studio at the moment, and I have a tonne of stuff to release that I’m really excited to share. Some of the best stuff I’ve ever written and produced. Hypnotized is the first track from a much much bigger concept.

I believe the first album I physically bought was that Nirvana record with the black album art, I think it’s a greatest hits or something. They’re such a great band with so much energy, and you can keep going back to them year after year.

Which artists or band are you listening to right now?

Right now I’m listening to a lot of Bon Iver. I always have done and I always will do. He has this way of making music that feels really grounded and earthly, but also doesn’t sound like anything of the last 60 years.

Where do you see yourself in 5 years?

In five years I’ll still be making music. My goal is to keep creating and keep pushing myself and others around me. I want to leave Earth having left my contribution to music, whether it be Astronomyy records or other artists that I dig. You have to look at your time spent here and say ok, what have I contributed? and I want people to be able to discover my records for hundreds of years to come and be like, hey, I can relate to this!