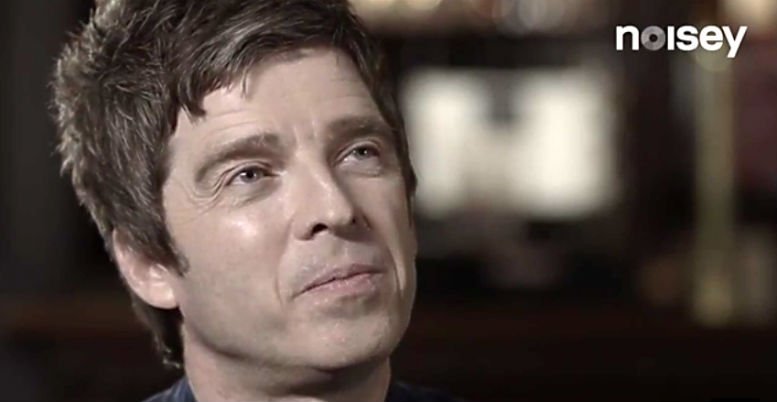 During the rather charming interview he said…About Tidal: “I don’t sell enough records for that shite.”…Bono: “He is fucking brilliant company. I’ve been drinking with him and I’ll be leaving the bar at 6am and he’s on the bar singing opera and he’s got a fucking gig the following night with 70,000 people.”…

…Morrissey: “I lighten up once I’ve had a drink. Not Morrissey. No, no, no, no.”…America on Oasis: “Rolling Stone hated us, MTV hated us, even our own label hated us, fucking disowned us after about a year. They were used to dealing with corporate rock bands who turned up for shit.”…Liam leaving the stage during gigs: “I could never forgive him for that.” And on on UK number one ‘Setting Sun’ Noel said: “Chris Evans refused to play it. Which is such a fucking achievement.”… Watch it on noisey.com