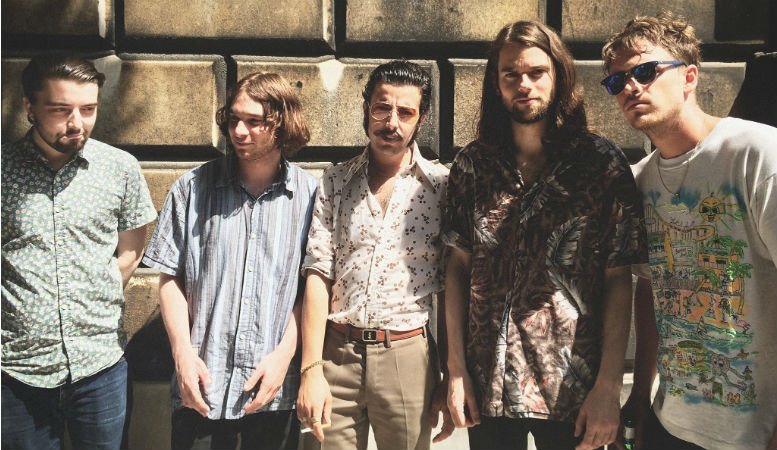 ‘I’ll Wait’ (out October 16th) is the charming psych-dream-pop tune, from London-based quintet Hunck. Here’s the DIY, zero budget and rather unsettling video to accompany the track, made by Steven Lake, Ryan Prout and Rob Fuller.

The track is the perfect follow up to their special take on Frank Sinatra’s ‘In The Wee Small Hours of the Morning’ and their cassette only debut EP ‘Something Missing’.

Why did you call the band Hunck? And How did you form?

Thomas: Its kind of joke between me and Fred…It stemmed from me being offered a bunch of money to appear on a tv dating show and I told all my friends I was a professional hunk. and it’s a funny word isn’t it? So why not call yourself hunk! or even better – Hunck. Looks better that way.

Me and Fred have been friends for years since we were kids in Dorset, we reconnected and started writing songs after I’d moved to London.

I had just broken up with my girlfriend, Fred broke up with his pretty soon after we started playing together…We needed Hunck to give us an outlet for all that PAIN. 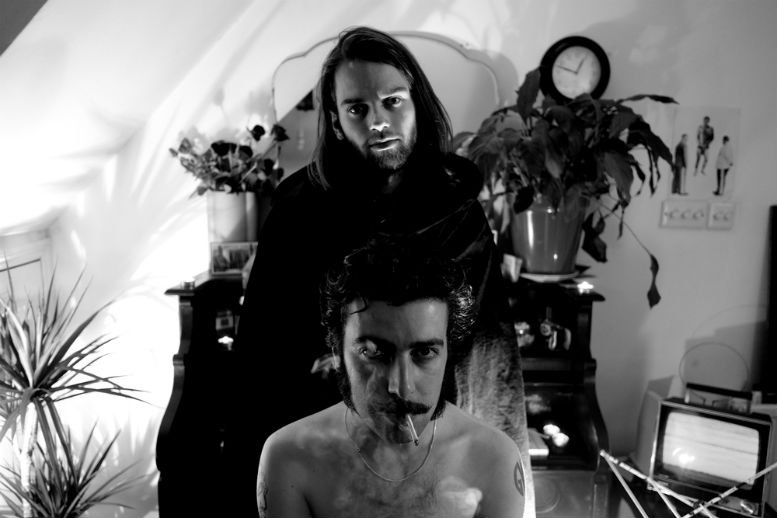 Can you tell us something we should know about the new track ‘I’ll Wait’ and rather fetching (zero budget) video?

Thomas: Its about being in a bad place but being determined to get better, its written by our guitarist Mike and its the first semi-optimistic song we’ve put out.

The video was directed by our friend Steven Lake, one day he called me and said “Hi I’ve filmed me and my friend dressed as ghosts fighting and wanking, I thought maybe you could use it as your next music video.” so I thought great let’s use that.

Thomas: We listen to a lot of classical music…Nyman, Erik Satie, Chopin you can’t beat that stuff.

Thomas: Jeff Lynne or Roy Wood. I think they’re both brilliant. If you’re reading this Roy or Jeff, call us.

What’s the best and worst thing about being in a band like Hunck?

Thomas: Best thing is the free food. Worst thing is organising 5 Huncks to do anything.

Thomas: Next show is on 31st October, Halloween at the Old Blue last.

It’s being put on by the lovely guys at So Young Magazine. Puppy and Fever will be playing as well as a last minute surprise headliner. Even we don’t know who it is, it could literally be anyone, it could be U2. Also its free entry so you really should put on a spooky costume and come along.