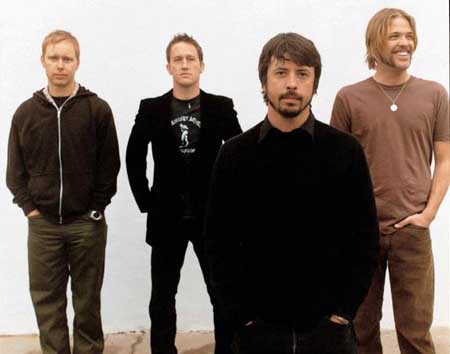 DAVE Grohl, and his fellow Foo Fighters have finally done it! They have released an album that has received big thumbs up from critics, fans, and newcomers to the Foo Fighters fold
Sixth studio album Echoes, Patience, Silence & Grace is full to the brim of earth shattering rock, a perfect example of which is newest single The Pretender which is in the vein of previous hits All My Life or Breakout. The album also dabbles into lighter territory with Statues and Home sounding like they were written by The Beatles.
Itâ€™s probably the softer songs that have now given the Foo Fighters their wider audience, having accomplished the softer side of rock through their previous studio album In Your Honour and subsequent live acoustic album Skin and Bones, but while their last album was a double disc affair Echoes Patience Silence and Grace concentrates more on quality than quantity.
MORE FOO FIGHTERS:
foofighters.com
myspace.com/foofighters