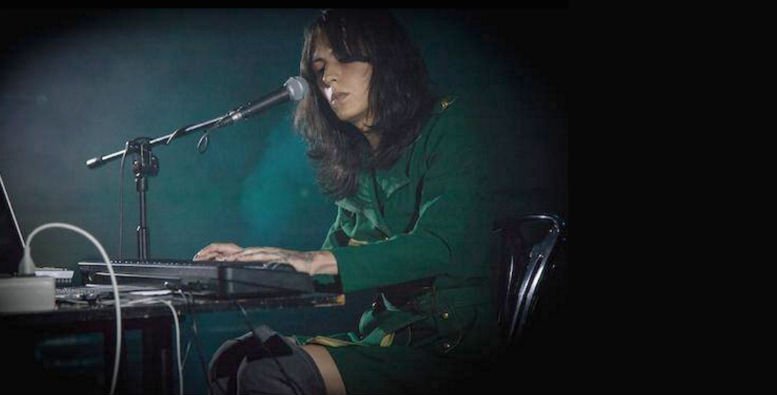 The track ends with a recital of names of transwomen murdered in the US this year, with Elysia providing additional thoughts…

“Today, trans rights and trans advocacy are more crucial than ever, existing in direct opposition and in contrast to the fast-enclosing, restrictive, highly-policed ideas of trans visibility and trans legitimacy being circulated within the public/media sphere.

The murders of trans women of color, particularly black trans women, are being reported at a much higher rate than previous years in the United States – definitely more so than in La Paz, where trans deaths often go unreported (where police regularly assault sex workers and a trans campesina was stoned to death by a mob in El Alto just a few years ago). We, trans and gender non-conforming people from Bolivia and across South America, must stand together with our US comrades, in transnational solidarity.

In Bolivia, we’ve come to use the acronym TLBG instead of LGBT, putting the T for trans first, as trans women in particular have been vital to the entire movement as a whole since the beginning. And this is how it was in the United States, at watersheds like Stonewall, with figures like Marsha P Johnson, Miss Major, and Sylvia Rivera.

These were trans women of color leading the movement in a white patriarchal carceral state, in a queer community still largely governed by misogyny, racism, and gay-centrism. It’s sad to see the continued white/cis-washing of not only the LGBTQIA movement but also the disappearance of the real history of that movement.

This is why I maintain the significance of putting names back into our work, the names of our influencers and our collaborators, because it is only us that can preserve those histories, those names, should they be lost to future generations.” ​