Irish songstress, TV producer/presenter and “Believer in Music” Ayala, has just released her debut album titled ‘This Year’. A sparkling collection of folk and blues infused pop gems, with an understated Mexican/Latin vibe.

Can you reveal 5 things about you?

I don’t like desserts, only ice cream!
I love salsa dancing and Latin music in general
I love travelling and I spent a year in Zimbabwe when I was 18
I’m Irish but I grew up mainly in Cambridge
I am the presenter and producer of my own live music TV Show

Can you talk about your debut album ‘This Year’? What’s the main idea behind it?

Well I wanted to name the album after the song ‘This Year’ because it means a lot to me, it kind of sums up that moment when you look at your life and realise that it’s time to take things into your own hands and pursue your goals and dreams because nobody else will do it for you. The album has a lot of themes of taking back the reins of life, forgiving, collecting back what’s yours, accepting that life comes with ups and downs and just pressing forward. Musically it’s a mashup of some of my favourite sounds and current influences. 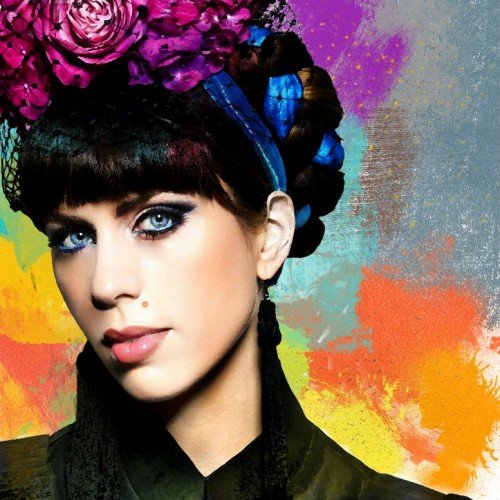 You are working hard producing and hosting your very own live music TV show ‘The Ayala Show’…Please tell us more.

Yes, it’s called The Ayala Show, and it’s been an incredible thing to be involved with. There is a massive gap in the market for really good, cross genre LIVE music shows so I decided to try and fill it with my awesome team. There is some incredible talent around, and it is an honour to provide a platform for it. Every Friday at 10pm and Sundays at 5.30pm on IRISH TV (Sky 191 or you can just stream online at www.irishtv.ie).

We have a fabulous Christmas Special on 26th December at 11pm featuring Grammy award winning The Swingles and the fabulous Joe Stilgoe, as well as performances from myself! And on New Years Day at the usual time of 10pm. That will then be the end of 13 part Series One but we will be back in the New Year soon for series 2 to kick off!

Where do you usually gather inspiration?

Rest, and feeding myself with good creative foods – good books, talks, art, films, shows and of course live gigs and listening to great music! I have to have a few getaways every year otherwise I’m in danger of not making space for inspiration!

Who are your music and non-music influences?

I have many musical influences- everything I listen to becomes an influence in one way or another! From acts that have been on my show through to the greats and classics that I grew up on like Stevie Wonder, Ella Fitzgerald, Whitney Houston, Annie Lennox, Jeff Buckley, the list goes on. Artistically, someone who has influenced me over the last few years is another strong female creative, but one from another generation; Frida Kahlo. My artistic image with my hair up in plaits is totally inspired by her. I really admire her honesty in her art.

My parents, my grandparents and my man 🙂

I have collaborated with Gilbert O’Sullivan this year on a gorgeous song for his new album called “I Guess I’ll Always Love You’ which will be released in the New Year and it was such a joy and honour. I love collaborating.

Promote this album, keep writing and recording for the next one, tour and perform, visit Mexico and LA again (where I love going to work!), and get cracking with Series Two of The Ayala Show!