Scotland’s rich literary heritage is being put firmly on the map thanks to a new guide produced by VisitScotland and the University of Glasgow. 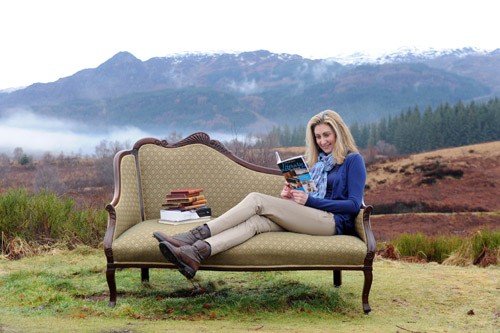 Featuring everything from the castle where Bram Stoker penned Dracula to the scenic woodlands of Dunkeld which inspired Beatrix Potter’s Peter Rabbit stories, Literary Scotland: A Traveller’s Guide highlights 60 fascinating literary locations throughout the country, including the stunning settings for world-famous novels, the scenery that inspired poets and the birthplaces of some of the country’s most distinguished writers.

It is the first guide of its kind to be put together by VisitScotland and it is hoped it will appeal to residents and visitors alike.

Compiled in association with the University of Glasgow’s Department of Literary Studies and the Association of Scottish Literary Studies, it will be available from VisitScotland Information Centres throughout the country and online from February 21.

Literary Scotland, which is divided into 13 geographical areas, was written by Alan Riach, a noted poet and Professor of Scottish Literary Studies at Glasgow University.

He said: ” This little book is only a beginning, a first list of locations significant to writers or literary visitors to Scotland. I’ve included many familiar and also many unfamiliar names and places: Burns and Scott and MacDiarmid are all there of course, but also Mary MacLeod and Catherine Carswell, John Buchan and Irvine Welsh, Duncan Ban MacIntyre and Liz Lochhead.

So many people – whether visitors or resident Scots – might not know how steeped in literature the landscapes they drive through or live in really are. The idea was simply toÂ open a few doors, to suggest a few ways of thinking about what Scottish literature might do to help us really inhabit the country more fully.”

Also featured in the guide is Loch Katrine – the setting for Sir Walter Scott’s The Lady of the Lake, an 1810 poem credited with kick-starting the literary tourism phenomenon in Scotland.

French author Jules Verne was among those who subsequently came over to Scotland to write about its stunning scenery. It is a tradition which continues to this day, with novelists, journalists and bloggers from all over the world visiting the country to experience its unique landscape first hand.

Scottish author Iain Banks, writer of more than 20 novels, including The Bridge, Complicity and The Crow Road , describes the guide as: “A valuable introduction to the many fascinating links between Scotland and literature.”

Mike Cantlay, Chairman of VisitScotland, said: “Scotland has been a rich source of inspiration for writers for centuries and this new guide highlights just some of the fascinating places associated with literature.

We hope it will appeal to people living in Scotland who want to learn more about Scotland’s literary heritage, as well as provide an interesting hook to visitors from further afield. We’ve seen a lot of interest recently from people visiting film locations in Scotland, so we hope the literary angle will have a similar effect.”