In commemoration of the 70th anniversary of John Lennonâ€™s birth, THE JOHN LENNON Box Of VisionÂ®, a limited edition individually numbered collection, will be released on October 5th by EMI Music. 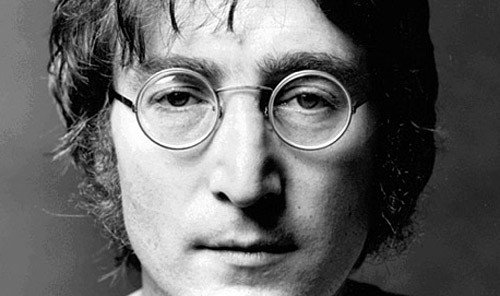 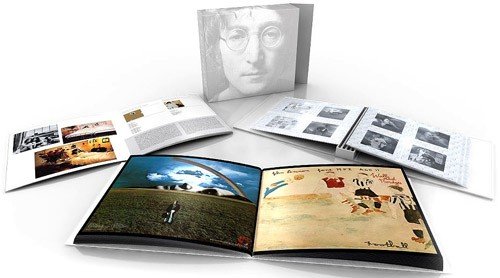 This is the first time that all of the album artwork has been collected together in a single LP sized book. 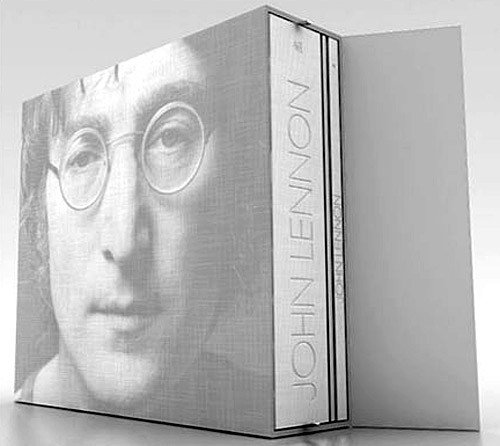 The book includes front covers, back covers, gatefolds, and inserts arranged to create the feeling of holding and enjoying the entire LP collection in your lap. 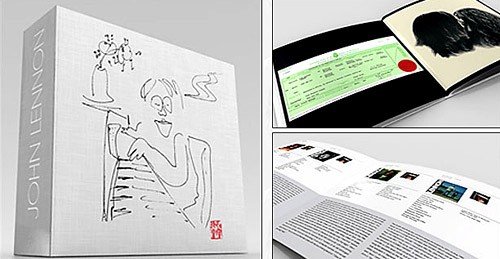 The â€œCatalographyâ€ is a brand new, full colour discography of Johnâ€™s, and John and Yokoâ€™s, album catalogue, with an exclusive essay and textual guide; newly restored reproductions of classic Lennon album advertisements; Johnâ€™s handwritten sound notes to DOUBLE FANTASY and MILK AND HONEY; and much more.

The patented BoxOfVision CD storage system, built to store all of John Lennonâ€™s official CD releases, can hold up to 32 different CD albums in an expandable and adaptable format to accommodate any fanâ€™s collection (CDs not included).

Yoko Ono has given her permission to create these unique recordable discs using classic John, and John and Yoko, art elements.

Ideal for fans, collectors and holiday gift giving, the limited edition set (less than 7500 numbered copies will be made available worldwide) is the perfect complement to Lennonâ€™s re-mastered albums and new collections, to be released October 5th by EMI Music.

To pre-order, and for further info on, the John Lennon Box Of Vision – www.boxofvision.com/johnlennon