Jessie J has spoken exclusively to MTV UK about how it feels for Justin Bieber to be a fan of hers. 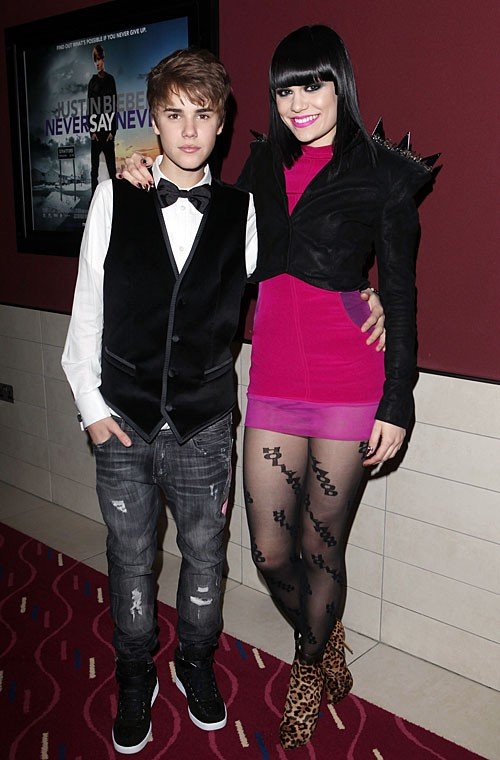 Justin revealed he “liked her music” at The BRIT Awards 2011 on Tuesday.

Jessie, real name Jessica Cornish, said: “It felt great, my Twitter went mad! I’ve got about 2 million people now trying to find out who I am. They’re like ‘why does Justin Bieber like Jessie J?'”

Cornish also admitted that if the chance ever came up to work with the 16-year old heartthrob, she would gladly team up with Bieber, confessing: “I’d love to! I’m such a fan of someone who works hard to get where he’s got to.”

She added: “I’m looking forward to seeing his film and of course, his hair in 3D.”

It seems Jessie’s dreams of duetting with Bieber could be reality after the Baby singer took to Twitter after the premiere to gush about the star.

Bieber tweeted: “London Premiere for #NeverSayNever3D was incredible. European fans thank u so much. @jessiejofficial is the new big sis. Follow her.”

Jessie responded: “Awww lil bro! We gotta hang out next time. You gotta teach me them yoyo tricks 🙂 “Yeeyaaa mayn.”

Jessie also spoke about her meeting with Justin on the social networking site, posting a snap of the two of them together, accompanied with the post: “Finally…..I’m a BIEBER DIVA *stanky face head roll finger ssshhnap* pleasure to meet you @justinbieber.”

She continued: “I loved the film. Hardwork and belief leads to a dream coming true. You’re a true inspiration to many :)”
mtv.co.uk