Legendary entertainer Grace Jones will perform for guests at the 18th annual Elton John AIDS Foundation Academy Award Viewing Party. The gala event, which will take place March 7, 2010, at the Pacific Design Center in West Hollywood, has brought some of the most iconic musicians to the stage over the years, but none as theatrical as the incomparable Grace Jones. 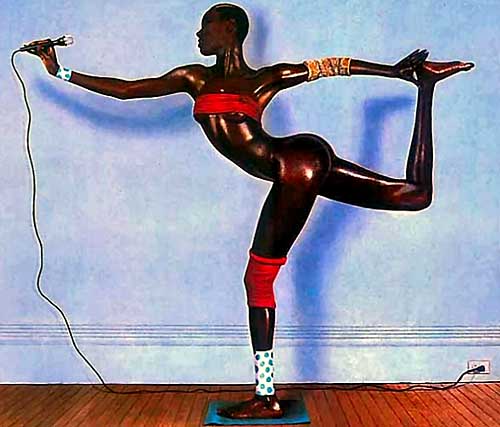 “Grace Jones is not only an amazing performer, but a dear friend and a fellow activist in the fight against HIV/AIDS,” says Sir Elton John. “Without a doubt, Grace will put on a show for our guests that will have them talking for years to come. It is an absolute honor to have Grace as part of this evening that means so much to the Foundation.”

Ms. Jones’ first album, Portfolio, released in 1977, resulted in a string of dance-club hits that transformed the international club scene. Her following albums “Fame” and “Muse” generated considerable success in the market and solidified her as a major recording artist. Jones later adapted to the emerging New Wave music to create a different style for herself. This resulted in the acclaimed albums “Warm Leatherette”, “Nightclubbing” and “Living My Life.” 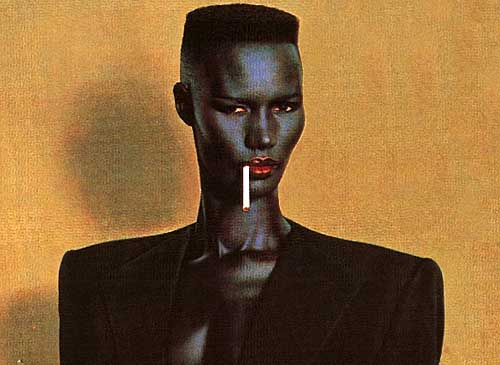 Equally known for her roles in the fashion, art and film communities, Jones has established a presence that has stood the test of time. Born in Jamaica and raised in Syracuse, New York, she began her career as a successful high-fashion model.

Starring roles followed in such films as the James Bond blockbuster “A View to a Kill”, “Conan the Destroyer” with Arnold Schwarzenegger and the vampire thriller “Vamp.” Jones took the art world by storm when she became the muse to famed artists Andy Warhol and Keith Haring, resulting in an iconic series of portraits by Warhol and Haring’s famous series of body paintings.

With her dramatic visual makeover created in partnership with Jean-Paul Goode, Jones starred in the concert special “A One Man Show” and created a persona that has intrigued fans and established her as an international entertainment icon.