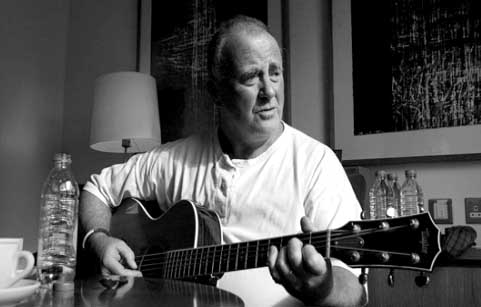 Last year Christy Moore and Declan Sinnott commanded the Vicar St. stage for a series of sell out shows over the holiday season. This year promises a similar series of shows, and if history repeats itself, they wonâ€™t be long selling out.

Christy Moore and Declan Sinnottâ€™s combined talents can be witnessed on last yearâ€™s CD and DVD release of Christy Moore: Live at the Point 2006 which was the no.1 selling music DVD in Ireland in 2006. Both CD and DVD soared into the charts at number one where they beat the likes of The Streets, Republic of Loose, Andrea Bocelli, James Blunt and Michael Flatley.

Christy Moore is one of the most compelling and inspirational musicians Ireland has ever seen. He has a universal fan-base that stretches from Beijing to Boston, Auckland to Aughrim. Over his forty year career, Christy Moore has given us a phenomenal 30 albums and still continues to entertain, cementing him as an Irish icon.

Declan Sinnott is one of Irelandâ€™s most gifted musicians. He helped to form the pioneering and innovative band, Moving Hearts, alongside compatriot Christy Moore. A tight bond was formed between these two creative and talented musicians, a bond which continues today as is evident in their live performances.

For a sensory contradiction of subtlety and strength, poignancy and banter these are gigs to be embraced and most certainly not to be missed.