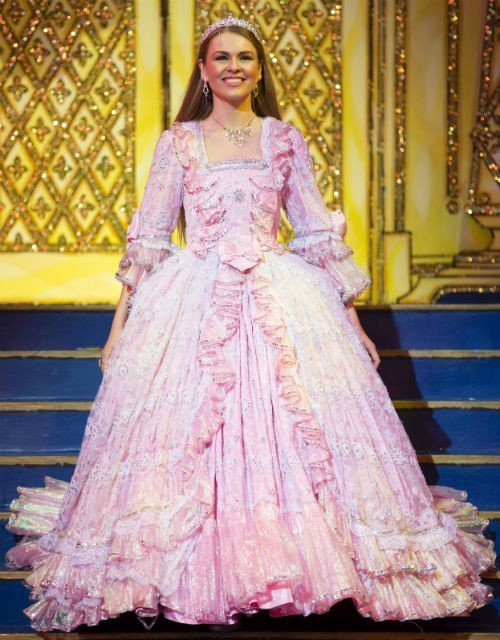 NORTHERN Ireland beauty queen and TV presenter Zoe Salmon has revealed she won’t be home for Christmas. But the former Miss Northern Ireland said she won’t miss going to the ball.

Earlier this month Zoe, 33, stepped out onto the stage at the New Victoria Theatre in Woking as iconic fairytale princess Cinderella.

And the Bangor TV star, best known for presenting BBC’s Blue Peter, will be staying in England with her fellow cast members for the holiday season.

As Zoe’s first taste of Panto and professional theatre she said the role is something she’s always wanted to do. She added: “Ever since my first school play when I was just four years old I fell in love with the stage.

From school plays to pantomimes to musical theatre productions with the Bangor Amateur Operatic Society to dancing shows & festivals, I have always adored the world of performing arts. I’ve missed the stage so much and I’m extremely excited to be back on it.” 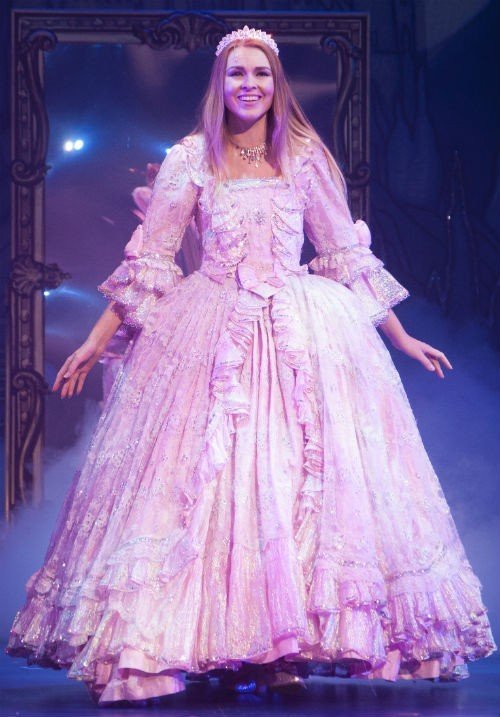 “There is something magical about being on a stage with a live audience and I feel at home there.”

Of course becoming a princess for a day is every little girls dream and now Zoe is doing it every day.

“Cinderella has to be the ultimate fairy tale and I’ll never forget the day I was offered the role of Cinderella” she said, adding: “It’s a dream come true to play my favourite Princess; she’s an absolute joy to play and I can’t wait to go into work every day.

“Had someone told me when I was a little girl that I’d be playing Cinderella in front of thousands of people I wouldn’t have believed it.

“I feel so blessed and honoured and especially so working with such a talented cast of some of the biggest and best stars of the TV, West End and world of comedy.”

For Zoe even trying on the costume brought back fond memories of her own journey to becoming a beauty queen.
She revealed: “When I tried on Cinders tiara it was like being Miss Northern Ireland all over again, and do you know I don’t wish I’d started this career earlier because I really believe that education is everything. Knowledge is power.”

Unfortunately for Zoe, a home bird at heart, playing the role of Cinderella means she won’t be home for Christmas. But she believes there couldn’t be a better reason.

She said: “This is the first Christmas that I won’t be at home in Bangor with my family. As sad as I feel about not being at home for Christmas, Cinderella is probably the best reason to be missing Christmas at home for.

I’ll be spending Christmas Day in Surrey with my friends from the cast and company and I’m looking forward to it.”

Now Zoe hopes to build upon her Panto experience, starring alongside Justin Fletcher – best known as TV’s Mr Tumble – and pursue acting throughout 2014.

She said: “The Opening Night was incredible and it’s been full houses ever since. The audiences are loving the show just as much as I am.”

“I feel extremely honoured and blessed to be working alongside so many talented people. I feel like I truly am living the fairy tale, the whole experience has been a dream come true.”