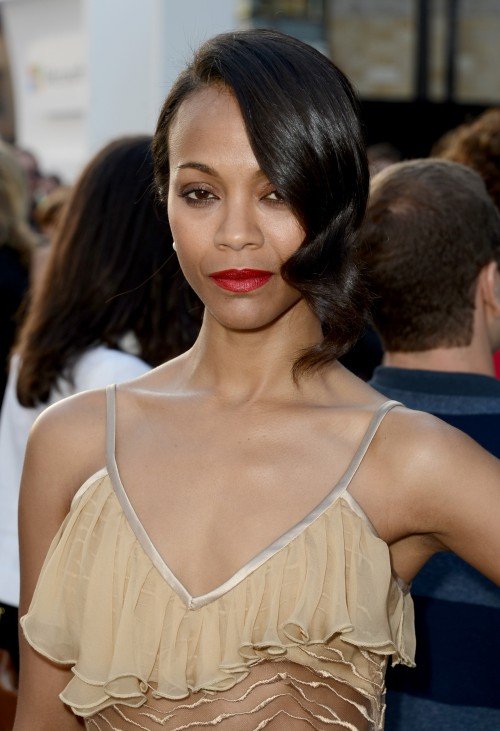 Stunning actress Zoe Saldana had supporters showering the actress and one another with quizzical and half-hearted high fives of “You go, girl?” when she kind of came out as bisexual this week after vaguely alluding to her open sexuality in the June issue of Allure magazine. 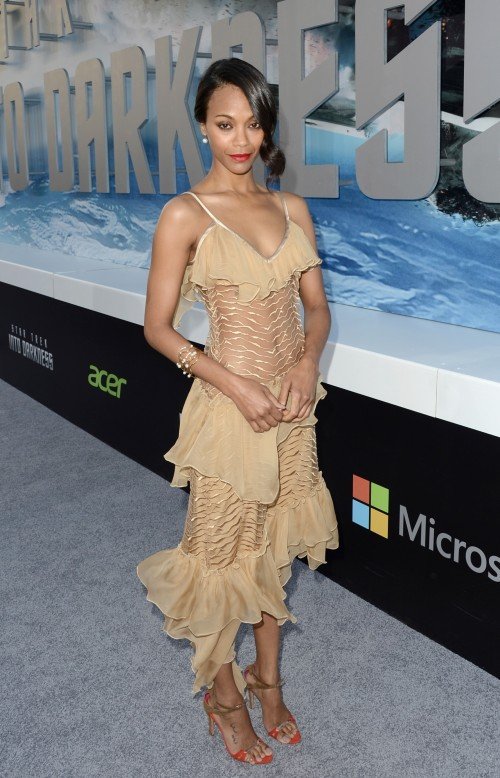 On that same day she hinted at her bisexuality—“[I might] end up with a woman raising my children”, Zoe confirms what she meant by that comment, exclusively to Hollyscoop, at the Star Trek Into Darkness premiere in Los Angeles. 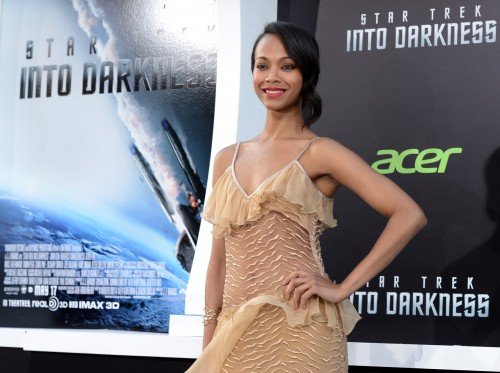 Zoe told Hollyscoop. “No, it wasn’t a generalization, It was a statement that I strongly stand by. As of today, I’ve been attracted to the male species, but if one day I wake up and want to be with a woman, I will do that because it is my life, therefore it is my decision.”

Her co-star Zachary Quinto also quietly made headlines when he came out in a similar fashion in October 2011: casually slipping the concession (twice) into a New York Magazine article.

When asked if he supported Zoe’s decision to speak openly on her sexuality now, his response was expectedly encouraging.

Zachary said: “Of course! I support her in everything she does! I love her!”