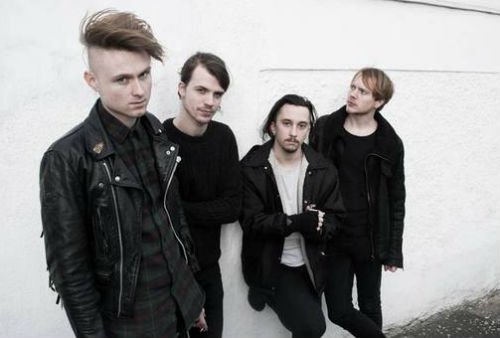 
Few things we should Know about ZIBRA…Lead singer Sam Battle lives in a squat in Tottenham on the Broadwater Estate in London, which used to be a retirement home for the elderly. They love obsolete equipment and building synthesisers from scratch. They are the sound of a VHS tape chewed up in an electrical system. They make their own music videos or rally in their friends at the camcorder-obsessed production team Youth Hymns. In case you missed it watch the video for their pulsating debut track ‘Heartache’.

On using the VHS format for their music videos, Sam explains: “It’s easy to use de-funked equipment that looks better, and gives an effect that can’t be re created with modern technology. It’s also cheaper and easier to source”.