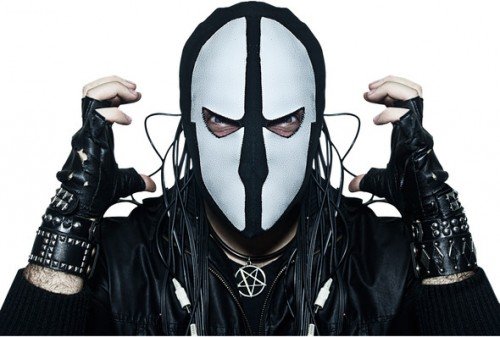 Can you give our readers an idea of what they can expect from your album ‘Vulgar Display Of Bass’?

First of all, thank you guys for this opportunity, thanks to people like you we can move forward honestly.

It’s about time more people out there know what’s really going on in music.

There are many artists out there who need exposure, and you’re making it happen now 🙂

I’d say there are many things to expect from the album actually, it’s mainly a Drum & Bass album but has influences from a lot of genres such as Dubstep, Industrial, Hardcore and Metal.

So hopefully people will find something for everyone there. I wanted to create something that would be enjoyable to many people the same way an album back in the 90s was.

Not just a bunch of singles. Not just a single for that case actually, but an entire trip with a climax at the end.
Your music has various influences and as such gains fans from various genres, what genre inspires you the most?

I guess I can’t really narrow it down to one genre but I’d say the most influential for me is metal. It’s something that I’ve been into since I was very young and it never left.

Specially avant-garde artists like Devin Townsend are who inspire me the most, because people like him, or say Mike Patton or Trent Reznor, are free on their own to do whatever they want. And that’s something I’ve always admired.

How do you go about creating your music, have you a specific creative process you follow?

It’s all about inspiration. As soon as I hear a melody or a specific sound or rhythm in my head, it’s time to sit on the sequencer. Sucks when it happens while you’re on the road though, but c’est la vie.

And while i’m making the tracks, they have to keep me in a certain state of trance. If something throws me off, I fix it until everything is uniform.

I also have a preference for that “wall of sound” feel which is heard in most of my tracks, kinda dirty, again like Devin Townsend’s stuff with Strapping Young Lad. He’s just a great inspiration for me.

How did you get into the music business/industry?

I’ve been studying it for a bit and since I’ve always wanted to live off music, and so far I’m managing to do it but I guess no one’s ever satisfied.

So with that mindset I’ve been very persistent on making things the right way so everything works out in a balanced way.

Was it what you expected?

In many ways it was better than I expected, and in many ways it was worse. I’d rather not get on the bad details, but I have to say so far I’m happy with the people I’ve worked with. Dieselboy @ Human / Subhuman is an example of what it means to be fair and professional. AK1200 @ Big Riddim aswell, he made the release of the album possible.

And now the FiXT guys are also on the PR side of things and we’re working together on many other projects for the future.

So there’s plenty of good things if you have good will, and most importantly, good vibes.

How does it feel to know your music has dancefloors jumping across the globe?

It feels great and very rewarding! That’s all I wanted at first, to make people happy with the music I make.

Have you other projects in the pipeline?

There are always many. For now I have plans to release a remix album of the Vulgar Display Of Bass album, called “Far Beyond Bass” (again, referencing Pantera), and that’d be the end of the pantera references for now hahah.

Then I have other things in mind but nothing is assured so better not talk about them for now. Also I have some ambient sideprojects going on as Triangular Ascension, not exactly for dance music lovers but you never know, surely will be attractive for black metal fans and goth music.

Do you enjoy creating music more than performing live?

I enjoy both in a different way. Creating music is the illusive part while performing live is the real part. I love creating music as much as I love bringing that energy to people.

Last gig I had in Portugal was amazing, a venezuelan dude was in the crowd and brought a venezuelan flag with him, jumped over the stage and I gave him a hug and stopped the security guys from throwing him back to the crowd.

It was an amazing moment. I just don’t like the ways of the system. Everything is way too controlled, we should be allowed to set our emotions free.

Have you any more musical genres you’d like to explore?

I guess I always do. I’m very keen on jazz, classical music and score music. But I think I’m more likely to have a score music project than other things.

It’s been something I’ve always wanted to do.

Do you have any unfulfilled ambitions?

Always. Enough is never enough. And specially when people like Michael Jackson have existed.

That’s a proof that everything is possible. I know no limits.
facebook.com/zardonic
zardonic.net