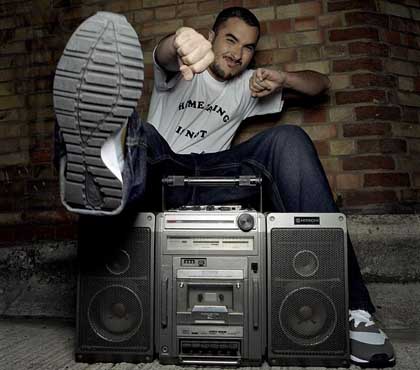 BBC Radio 1’s Zane Lowe is set to let the music speak for itself in Zane Lowe’s Masterpieces, a new four-part series to air on Radio 1 this November. In a first for Radio 1, Zane will play four albums, over four nights, in their entirety, and without interruption, live on air.

Nevermind by Nirvana; Whatever I Say I Am, That’s What I’m Not by Arctic Monkeys; Is This It? by The Strokes; and Led Zeppelin IV by Led Zeppelin; will get the non-stop treatment as part of this celebration of the album as an artform from 5-8 November 2007 at 7-9pm on Radio 1.

Through the week, Zane explores his four “masterpiece” albums, their story and the influence they have had on other artists. Alongside playing the albums in full, each programme will feature interviews with band members, archive documentary material, and other artists talking about how the albums have changed their lives. Each night culminates in the chosen album being played in full, track-by-track, with no interruptions: the way they were meant to be heard.

Zane Lowe says: “There’s no denying that things move fast, time is precious and attention spans are short these days. That said, a classic album will make you stop and listen. It will jog your memory and spark your imagination. Whether you’ve never heard these four albums before or you’ve heard them a thousand times, we want you to stop and celebrate this music as a journey from beginning to end with no interruptions. With each of these masterpiece albums, we are giving you a perfect excuse to stop.”

The first four albums chosen are:
Monday 5 November: Nevermind by Nirvana
Tuesday 6 November: Whatever People Say I Am, That’s What I’m Not by Arctic Monkeys
Wednesday 7 November: Is This It? by The Strokes
Thursday 8 November: Led Zeppelin IV by Led Zeppelin