After our decades after recording his emblematic song ‘Peace Train’, Yusuf Islam (also known as Cat Stevens) invites fans to add their voices to ‘My People’, a free download available on digital platforms worldwide from today Friday March 4th. 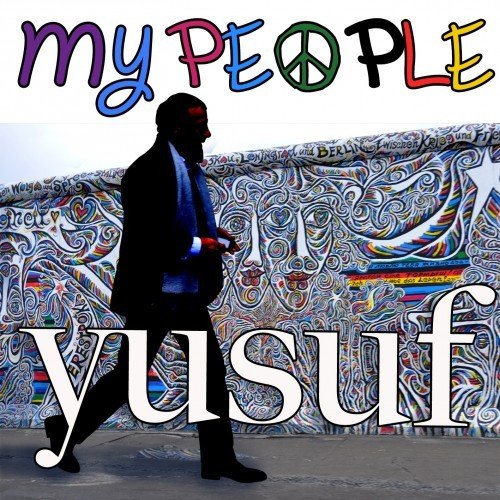 The author of one of musicâ€™s most iconic peace anthems, ‘Peace Train’, has recorded a new homage to peace; a single entitled ‘My People’, which includes a unique chorus built up from the hundreds of voices sent in from across the globe by fans who participated through an invitation on the artist’s Facebook page – www.facebook.com/yusufofficial

Fans that connected to the artist’s Facebook base were given a pre-recorded chorus track and the possibility to record, upload, and add their own voices to the refrain.

The chorus of Facebook voices has been added to the track written, composed, and recorded by Yusuf, and is now available free of charge on digital platforms worldwide including Amazon and the distributor Rough Trade, as well as from the artistâ€™s official download page www.yusuf.ae.

“I decided to record my next album in Berlin, an historic city which has become an international symbol of peace since the wall came down two decades ago,â€ says Yusuf.

â€œWe were following the recent news across the Middle East and North Africa, and felt it was important to record a song that sent out a message of support and peace from free people, to people who want to be free.”