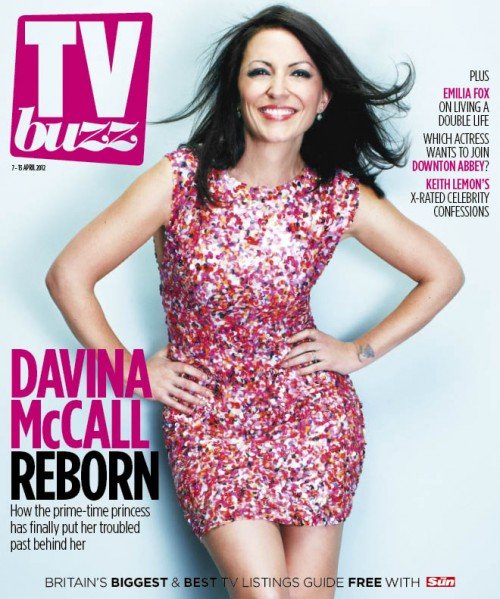 Davina McCall first appeared on our screens on the dating show, Streetmate, in 1998, followed by the first Big Brother series in 2000.

Her on-screen persona has been to be either ridiculously overexcited or a hand-holding best friend. But in the four shows she currently hosts she’s getting to spread her wings. “My current TV shows all give me something different,” she explains.

The presenter reveals her excitement about her new gigs: “The Biggest Loser fulfils my thirst to get the nation fit, while Got To Dance takes me back to my clubbing days when I used to jump with joy – there’s still nothing quite as powerful as an entire room pogoing to an amazing tune. The Million Pound Drop serves my need for the excitement of live TV, and Long Lost Family almost needs no explanation.” 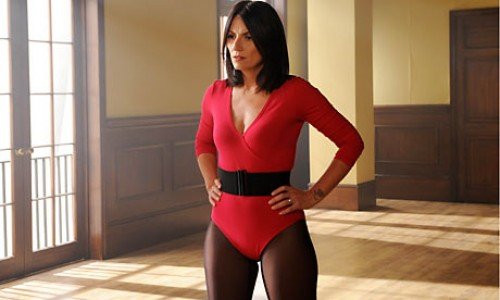 But even though her on-screen personality is incredibly bubbly, Davina’s been through some tough times.

She reveals to TV buzz she had a broken relationship with her own mum who walked out on her when she was three. “I think my mum did love me because she gave birth to me,” says Davina, “But she couldn’t take care of me and that’s the thing you look to mums for. My eldest daughter [Holly] wrote in my last Mother’s Day card: ‘I love our chats.’ I didn’t get the chats with my mum”.

She explains, “I had to give her the chats. I’d be like: ‘You can’t wear that, Mum!’ I was Ab Fab’s Saffy and she was Edina”. Davina shares one particular occasion: “There was an electric-blue, fake-fur coat she used to wear. One time she went out in it with nothing underneath – just a pair of high heels – then she’d do the odd flash.”

Davina looks back on her younger years, and recalls one particular holiday with her mum: “She’d take me clubbing…and then go off to buy some weed while I was left in my little pink Holiday-era Madonna dress and lace gloves, trying to be grown up with a bunch of pervy guys who thought I was 16. I was scared, but I tried to pretend it was cool that she’d left”.

Davina reveals, “Then I’d return to England, tell my friends I’d been to a club and they’d think it was really cool, so I wouldn’t tell them I didn’t enjoy it. It was so complex.”

Davina explains to TV buzz that her mother’s actions have influenced how she, as a mother, treats her kids, “It has probably made me try to be a perfectionist,” she says, “But I’m a bit more gentle on myself now. If I’m late to pick them up from school – which is very rare – I don’t beat myself up about it. I used to cry if I was late because my mum was late for me. But I have realised now that I’m not my mother”.

Davina clearly has got parenting all figured out, “I keep thinking as long as I give them a good foundation, even if they go off the rails, they’ll come back. I can’t stop them doing anything. I can’t stay with them 24/7. But I can give them a really solid grounding.”

It has become clear that all the shows that Davina has worked on have all been life changing in some way – whether it’s through fitness, building bridges or winning some cash.

The yummy mummy jokes, “All my shows have got to turn your life around!” She continues, “They don’t have to be life-changing. But I’m a cup-half-full kind of person, so I do like something that has a positive twist to it”.

She has plans for more work in the future: “I’ve got this idea that’s like a Jeremy Kyle show, but nicer. I’m just waiting for the right place to put it, but it’d be lovely and we would all learn something from it”.

Davina has her limitations though, “The only shows I won’t do are ones that would take me away from the kids for weeks at a time. Or ones to do with marriage. Marriage is such a precious nugget of loveliness and I’ve never known a TV show about marriage to work.”

Davina has been married for nearly 12 years to Matthew Robertson, but she is very strict about keeping her professional and private lives separate. “I draw the line between TV life and personal life at my front door,” says Davina.

“I get out of the car, walk up the path, go through the front door and then I’m Mrs Robertson, mother of three, wife of one. And that’s it!” she reveals, “The other day my son Chester called me ‘Davina McCall’ and laughed out loud. I said: ‘Don’t call me that, I don’t like it!’ That’s alien. It’s two very different people.”
TV Buzz Magazine from The SUN.
facebook.com/TVbuzzmag