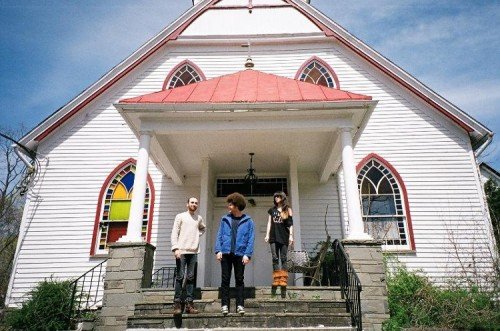 Yuck share, the 360-style improvised film experiment by Michael Lawrence & the band of their stunning cover of New Order’s ‘Age of Consent’, from a recent live recording session at the legendary RAK Studios in NorthWest London.

The track is set to become a live favorite during the band’s forthcoming string of UK and European dates, including the ‘Save The Macbeth’ Yuck take-over at the Hoxton venue between the 17th and 19th of September.

The “Age of Consent” track will also serve as the B-side to the forthcoming ‘Middle Sea’ 7″ single. Yuck’s album Glow & Behold is released Oct. 1, 2013 via Fat Possum.


‘Rebirth’, was the first gem from their forthcoming LP.


The much anticipated second album is produced by Chris Coady (Beach House, Yeah Yeah Yeahs, TV On the Radio).

Pre-order the album now at iTunes to download ‘Middle Sea’ for free.

Limited signed artwork print available when you pre-order the CD or ltd edition white 12” vinyl from the Yuck store.