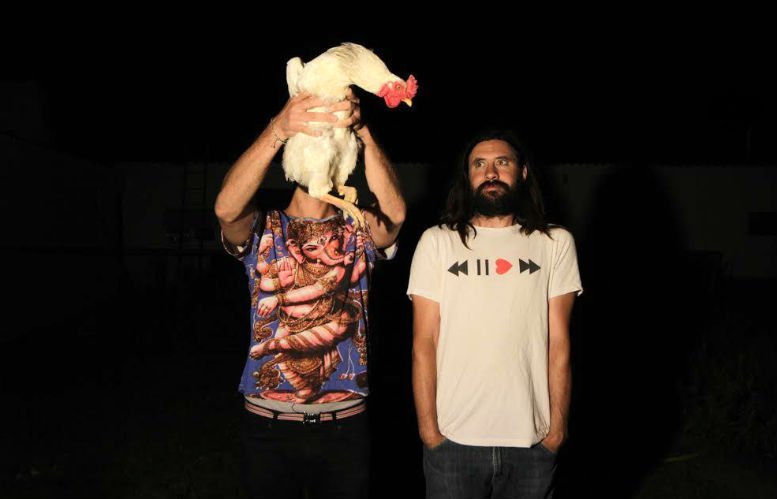 The video for the track was directed by Marco Espirito Santo, who travelled around their adopted home, Portugal, interviewing locals about their future projections regarding politics, economics, eco-disaster, personal aspirations…

Pay attention it’s coming up
Feel the ground swell, the heat erupt
One nation of only light
One notion of only love

Swim and feed in the umbilical mouths
Hear the message it’s warm and loud
Across the water, across the sky
A frozen ocean, a million eyes

Across the borders, across the field
A sea of motion, a million wheels
A strange sensation along the road
That stars can frighten and space is cold

But touch the night air, the moon’s so round
Feel the warm breeze, the windows down
Now hold me closer, don’t make a sound
Pay attention it’s coming now

‘Attention’ is released on November 27th and is taken from their debut album ‘This Glorious No Age’, released in early 2016 via CLUB.THE.MAMMOTH / Kartel Music Group.