NYMT is urgently seeking young musicians for its latest production, â€˜Whistle Down The Windâ€™ which opens at the Greenwich Theatre on August 13th.Young people at Grade 8 or above in Cello, Viola, Violin and Orchestral Percussion are needed for the NYMT band. This is their BIG chance to be discovered and work on a top class show with an outstanding cast and leading directors and producers. 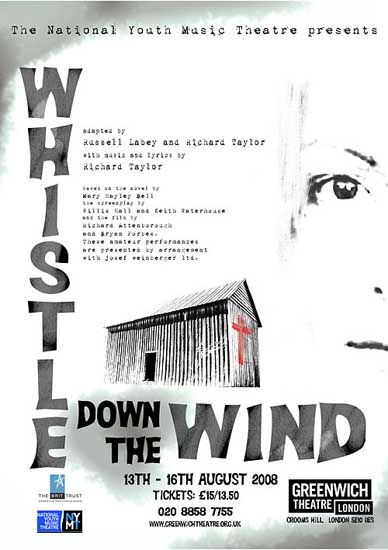 â€˜Whistle Down The Wind’ is now in rehearsals and without enough young musicians, teachers will have to be drafted into the band!

NYMT exists to produce challenging music theatre work, both major productions and workshops, for young people of all backgrounds. It helps its young participants explore new and existing works, to inspire themselves and each other, and gives them the opportunity to achieve their highest aspirations, realising their talent, imagination and creativity. See nymt.org.uk