YOU ME AT SIX’S meteoric rise from the underground to the mainstream continues unabated. Already scheduled to play their biggest tour to date next month, the quintet will also release their new single ‘Liquid Confidence’ on April 19th on Virgin Records. 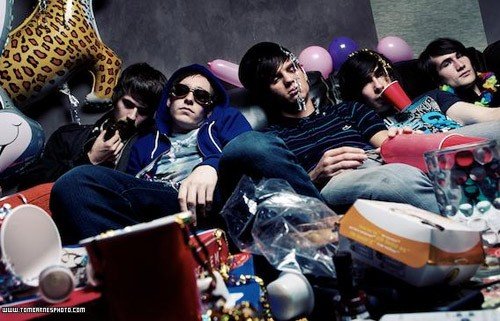 Combining tender emotions with the band’s patented exuberant energy, ‘Liquid Confidence’ utilises an acoustic opening and atmospheric vocal harmonies to create one of the band’s most anthemic moments to date.

The single is taken from the band’s recently released second album ‘Hold Me Down’ that debuted at #5 as the second highest new entry of the week – three places above Delphic. 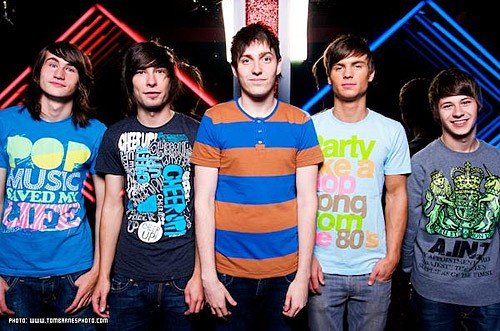 YOU ME AT SIX’S famously incendiary live show recently toured arenas as guests to Paramore, and has also graced festival dates including Download, Reading, Leeds and T in the Park. Their biggest headline show to date at London’s Roundhouse will be surpassed with the Brixton date of their imminent UK tour:

Produced by John Mitchell (Funeral For A Friend, Enter Shikari, Architects) and Matt O’Grady (The Blackout, Hexes), and mastered by Bob Ludwig (Radiohead, Coldplay, Pearl Jam), ‘Hold Me Down’ has built upon the momentum which was established with their critically-acclaimed debut album ‘Take Off Your Colours’. The Surrey quintet has twice been nominated for Best British Band at the Kerrang! Awards and were also named Best British Newcomers in the Kerrang! Readers’ Poll.
www.myspace.com/youmeatsix