Tech Music Schools in Acton, West London, is one of the UK’s leading popular music schools and for the last 25 years they have successfully trained musicians for long careers within the music industry.

The schoolsâ€š are experts at helping students break into the music industry with the knowledge, experience and staying power to make a career for themselves in one of the most throwaway industries in the world.
The school has numerous success stories throughout the industry with students from the early day’s still going strong and new musicians breaking into the professional industry all the time. Past Tech Music students have gone on to work with artists such as Kylie Minogue, Mariah Carey, Westlife, Phil Collins, Peter Gabriel and the Pet Shop Boys, to name but a few, and they’ve all had long successful careers.

According to the Musician’s Union, session musicians on average make Â£113.40 for a three hour music session and successful session musicians can expect to be booked for two of these sessions a day. This translates into an annual salary in the region of Â£45,000 /Â£60,000 a year*, comparing favourably with jobs such as teaching, nursing, retail managers and those in media jobs.

So while television programmes such as the X-Factor, Pop Idol and Britain’s Got Talent create a flash in the pan Christmas number one artist every year, Tech Music Schools continue to graduate hundreds of musicians and vocalists with a genuine career path ahead of them. Due to their knowledge in the music industry as a whole, graduates can set their minds to writing, performing, teaching etc not just performing a one hit wonder. 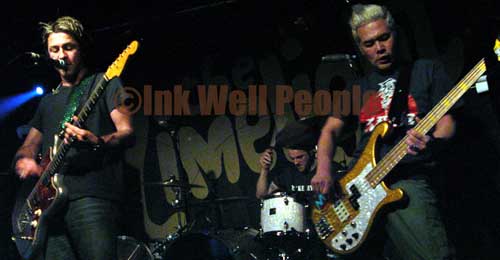 It has taken a long time for people to come round to this view, people questioned Francis Seriau – the founder of Tech Music Schools when he launched the world’s first popular music performance degree course all those years ago. Now music courses have academic respectability and just as importantly provide long and fruitful careers.

Francis Seriau says: “It is amazing to see that rock music or popular music performance is now a mainstream subject in schools, colleges and universities, and is recognised as a viable career. But to be successful you have to be a complete and multi-faceted musician trained by real industry professionals. Tech Music Schoolsâ€š students succeed because we train them for the real world. And that means performing, composing, writing, arranging, programming and teaching. Our track record is a living testimony of this.”

** According to Department for Work & Pensions 2007’s statistics –

World class tutoring has bred pupils that have gone on to work with Madonna, The Kinks, Radiohead and Lily Allen (to name but a few!)

Francis Seriau founded the Tech Music Schools 25 years ago in the form of Drumtech and the other schools have sprung up in the years since. Tech Music Schools actually championed the first popular music performance degree in Europe in the mid-nineties when music courses were very much based in the past with classical courses making up the majority.

Many thought Francis and Thames Valley University were making a mistake but now every music institute in the country offers a pop music performance degree. Not to mention the fact that this year, they’re doing it again: Keyboardtech has a full class of students for the first contemporary keyboard performance degree in Europe; again the schools are the only place offering what is soon to be the industry norm.

After 25 years of training musicians for the industry, Francis Seriau is still highly focused on the future and has big plans for the anniversary year ahead.